From 15 – 19 October 2003, the European Evangelical Alliance (EEA) held its annual General Assembly in Budapest, Hungary. The EEA General Assembly was combined with the Hope for Europe Round Table and the annual meeting of the European Evangelical Missionary Alliance. About 150 leaders from 31 countries met for five days of meetings, both in plenary and in separate sessions.

The EEA is a representative united voice for Europe’s evangelical believers, churches and Christian Agencies, with over 10 million members in 33 countries in Europe. The members of the EEA desire to glorify God by helping European evangelical Christians to stand together in corporate witness for Christ across Europe and around the world. The EEA is the regional body of the World Evangelical Alliance (WEA), representing evangelicals in 122 countries. Gary Edmonds, WEA Secretary General, also took part in the General Assembly.

Rev. Nikolai Nedelchev of Bulgaria was re-elected to a second term as President of the EEA. Their General Secretary is Gordon Showell-Rogers (United Kingdom). In their business meeting, the EEA General Assembly accepted a strategic plan for the period to 2010. Key values in the EEA partnership include trust, friendship, information flow, generosity and mutual ministry. The EEA is realistic about difficulties like economic disparity and information overload, but is also convinced that partnership in mission is essential. This was mirrored in the overall theme of the conference: “Partnership in Mission: stronger together, weaker apart.”

Rev. Ulrich Parzany, General Secretary of the German YMCA, was one of the main speakers and through his Bible teaching from 1 Thessalonians emphasized the importance of Christian partnership. The satellite-linked ProChrist evangelistic initiative, with Parzany as speaker is a good illustration of partnership between an organization and national Evangelical Alliances and churches, in order to proclaim the Gospel and link into local church-planting initiatives.

The EEA has developed a public affairs team with a socio-political officer and a representative to the European Union. This team serves national Evangelical Alliances and helps them address issues of common concern, such as religious liberty and ethics questions. It also represents the evangelical voice of the EEA membership to the institutions of the European Union. The EEA aims to raise awareness of religious liberty issues and the legal position of evangelicals within each country, with a view to being able to respond more systematically to the increasing challenges in this area.

Besides the existing Prayer Task Force and the Youth Network, it was decided to establish a Womenâ€™s Working Group, to network national womenâ€™s initiatives of the Evangelical Alliance.

The impact of the Hope for Europe initiatives is becoming greater. The EEA is wholeheartedly committed to bringing hope to Europe, through its staff team, the structures of the EEA and other direct involvement in the Hope for Europe Working Group, Round Table and Networks. Hope for Europe provides the EEA with a welcome platform of increasing cooperation in a growing number of areas, and with a broad focus on specialist networks, such as business and professionals, apologetics, disabilities, church planting and many others.

The next EEA General Assembly will be held in October 2004 in Greece, again in conjunction with the Hope for Europe Round Table and the annual meeting of the European Evangelical Missionary Alliance. 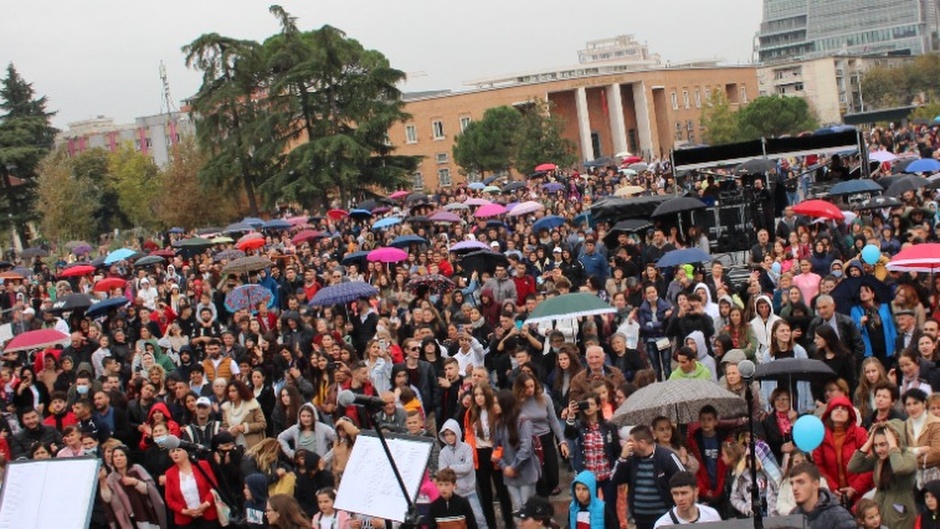