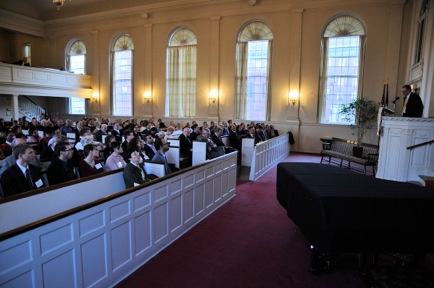 
Top evangelical leaders across North America joined a special service Monday in Boston to celebrate the 200th anniversary of North America's first ordained missionaries. The event also marked the official debut of Missio Nexus, which will be largest evangelical mission networks in North America following the historic merger of CrossGlobal Link and The Mission Exchange.

The Missions Bicentennial service and celebration took place at Tabernacle Congregational Church in Salem, Mass., the location where on February 6, 1812, the first missionaries being sent from a North American mission agency were commissioned.

Through the merger, Missio Nexus will have over 159 years of combined history, represent over 200 churches, and join over 35,000 missionaries representing every country in the world.

"The Great Commission is too big for any one organization to do it alone and it's too important for us not to try to do it together," says Steve Moore, President of Missio Nexus, in a new video on the organization's newly launched website (www.missionexus.org).

The following is the text from Geoff Tunnicliffe's commendation:

It is a great privilege for me to be here at this bicentennial celebration representing the World Evangelical Alliance global family.

Many around the world would want to express thanks to the North American Mission Movement for your tremendous contribution to the Great Commission and the witness of the Gospel.

On this historic occasion I want to also express my deep appreciation for the merger of Mission Exchange and CrossGlobal Link.  When I was a CEO of an international mission agency, I longed for this kind of cooperation.

This merger is critical for at least three important reasons.

First of All, It reflects the prayer of our Lord for unity in John 17. It seems that there is a direct correlation between the witness of the Gospel and our willingness to unite.  Missio Nexus is an expression of Christ’s desire for His people.

Secondly, in a world of national, regional and international networks Missio Nexus provides a one-stop connection with the majority of the North American world mission movement. It is my hope that this strategic merger will lead to greater partnership, synergy and effectiveness in the global mission enterprise of the church, resulting in an even greater worldwide impact of the transformative gospel of Christ.

The third reason why this merger is important, Missio Nexus will be able to help guide the North American mission movement as it faces some profound challenges and tremendous opportunities. Allow me to name a few of these issues:

The challenges and opportunities are huge. The good news is that through this merger, you are committed to putting your resources together to face this new reality.

So as I conclude, I want to commend you for this brave step of merging. You can be assured of our prayers and support as you take this journey together. May God bless you with grace, wisdom and insight. 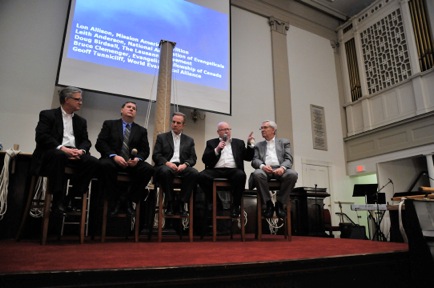 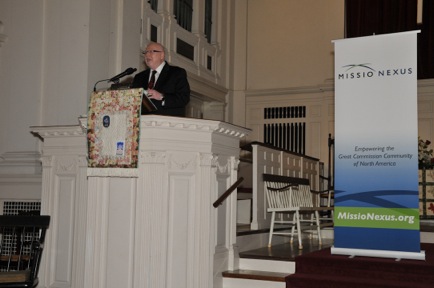 Subscribe
PrevPreviousInternational Journal for Religious Freedom Listed as Approved Journal in S. Africa
NextEvangelicals & the US Election: A View From the OutsideNext