March 2, Marked the 1st year anniversary of the tragic assassination of Pakistan’s Minorities Minister, Shabhaz Bhatti. He was targeted by Islamist extremists for his continuous opposition of the country’s much criticized blasphemy laws. A vigorous advocate for persecuted religious minorities, Bhatti (42), the only Christian in the country’s cabinet was an ardent advocate for the oppressed in spite of many threats to his life. On 2 March 2011, he was shot to death by suspected Islamist terrorists while he was on his way to a government meeting in Islamabad.

Christian groups have continued to raise concerns over the credibility of the police investigation which is presently ongoing while perpetrators of the crime are still believed to be at large.

March 4, A pastor was arrested in Karnataka, after Hindu extremists barged in to a worship meeting and assaulted the pastor, accusing him of carrying out forced conversions.

According to reports, the Hindu extremists also assaulted church members and took Pastor K Manohar and his wife to the Ankola Police station where they were detained. The pastor’s wife was released later that day, following intervention by area Christian leaders . However Pastor Manohar was charged with ‘deliberate and malicious acts intended to outrage religious feelings of any class by insulting its beliefs’. Reports state that Pastor Manohar was released on bail on 5 March. (EFI)

v  Pray for protection over Pastor Manohar and his family 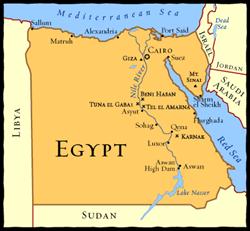 March 7, Rev. Makarious Bolous from the Mar Gerges church in Egypt was sentenced to 6 months imprisonment for an alleged violation when constructing the church building in Aswan.

The same church was burnt down by a mob on 4 September 2011, but none of the imams who called for the attack or the Muslim villagers who destroyed the church building have been charged with any crime.

Rev. Makarious Bolous who was sentenced on 4 March stated that his conviction and punishment, coupled with the absence of legal action against those who burned down the church building, clearly indicate persecution of Christians and a double standard when applying the law.

v  Pray for Rev. Makarious Bolous that he will be exonerated from all charges

v Pray for just treatment by authorities for Christians in Egypt

ü  Additional prayer items are available at the WEA website,