"So do not fear for I am with you; do not be dismayed, for I am your God. I will strengthen you and help you; I will uphold you with my righteous right hand."


17 killed in attacks on Kenyan churches 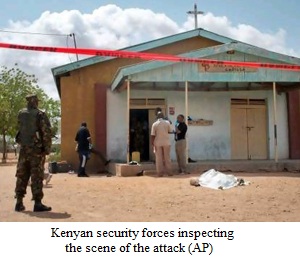 The Somalia- based Islamic militant group al-Shabab is suspected to have carried out the attacks. 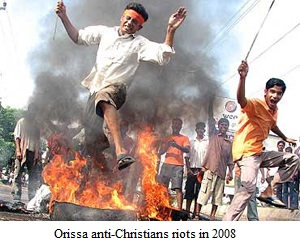 June 15, It is reported that a group of Hindu extremists attacked a pastor in the village of Mitrapur in Orissa when he was returning home from a prayer service. The pastor who was seriously injured in the attack was subsequently rescued by area Christians and taken to a local hospital for treatment.

Following the incident, a mob consisting of around 50 Hindu extremists attacked 12 Christian families, looting their homes and injuring 20 people.

Many members of the families who escaped the attacks have reportedly fled to jungles, hiding in fear of more violent attacks. 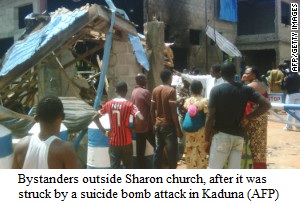 June 18, For the 3rd consecutive Sunday Islamic extremists bombed churches in northern Nigeria, killing at least 50 people and injuring more than 130 others.

3 churches were targeted in the attacks which began at the EWCA Goodnews Wusasa Zaria church where a suicide bomber crashed in to the church killing at least 25 people.

Within minutes, another explosion occurred at Christ the King Catholic Church in Zaria, killing at least 10 people. Also another church was targeted in Kaduna which resulted in more than 10 casualties.

It is also reported that Christian youths in Zaria and Kaduna reacted violently, burning tires and blocking major roads.

June 26, It is reported that St. John's Episcopal Church in the Hay Yousif district of Khartoum was demolished on 18 June by local government authorities. Most of the building's contents were also destroyed in the incident. Authorities stated that the church had no valid permit and hence it was demolished. However church officials said this was due to unjust delays made by the government in granting the permit. The St. John's church has been in existence since 1989.

Furthermore a number of Church-operated schools have been forced to close and threatened with demolition. The authorities claim that there is a reduced need for Christian-operated schools because many people of South Sudanese origin (many of them Christians) have left Sudan. Christian leaders believe that these schools continue to meet a clear need.

In another development, it is reported that all offices of the Sudan Council of Churches and Sudan Aid in Nyala were forced to close down.