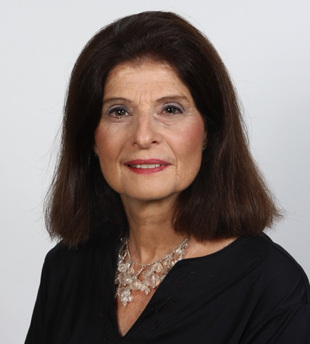 The World Evangelical Alliance (WEA) is pleased to announce the appointment of Commissioner Christine MacMillan as WEA’s Senior Advisor for Social Justice. In this newly formed position Commissioner MacMillan will further strengthen WEA’s engagement in social justice by providing advice to the WEA leadership on key issues as well as assisting in the coordination of efforts of WEA’s social justice initiatives.

"We are thrilled that Commissioner Christine MacMillan has joined our WEA team. She brings tremendous experience, wisdom and Biblical insight. Christine will serve as a highly valued member of our team as we seek to discern how we as evangelical Christians respond to the injustices in our fractured world”, said Dr. Geoff Tunnicliffe, Secretary General of the WEA.

Commissioner MacMillan, who brings over 30 years of experience in addressing social justice issues on three continents, was appointed as WEA’s Spokesperson on Human Trafficking in 2008 and helped launch WEA’s Global Human Trafficking Task Force in 2009. Until July this year, she also served as the first Director of the International Social Justice Commission of the Salvation Army.

In her new role as Senior Advisor for Social Justice, she will interact with WEA's Commissions and Initiatives that are involved with social justice in order to advice, assist in framing the work of social justice with a biblical foundation, and discover points of interaction between the various initiatives.

Furthermore Commissioner MacMillan will act as a public spokesperson on social justice issues and strengthen WEA’s engagement with the United Nations as well as various global institutions and national governments.

Upon her appointment, Commissioner MacMillan said: “My role with the World Evangelical Alliance anticipates viewing issues at depth with those who experience injustice. When social justice is the measure then people's names and stories are what counts. The Jesus of Good News is propelling the church to live right while righting wrongs.”

The WEA is the largest global evangelical body with a network of churches in 129 nations and an alliance of 100 international organizations representing over 600 million Christians worldwide. It representatively speaks as a trusted voice on behalf of global evangelicalism, connects diverse Evangelical church networks and ministries for effective collaborative action, and actively equips their needs with valuable resources to optimize their impact. For more info e-mail at [email protected] or go to Worldea.org.

Subscribe
PrevPreviousWEA Theological Commission Welcomes the Appointment of Dr Riad Kassis as ICETE International Director
NextWEA Statement on the Public Conversation on the Nature and Role of Olivet University and its Founding President Dr. David JangNext