On September 27, the World Evangelical Alliance (WEA) held a book launch event for Sorrow & Blood: Christian Mission in Contexts of Suffering, Persecution, and Martyrdom. Written by 62 authors from 23 countries, the new book of WEA's Mission Commission has the potential of profoundly shaping the approach to mission in today’s challenging and increasingly dangerous world.

Following a Religious Freedom Roundtable event in Washington D.C., Dr. Geoff Tunnicliffe, Secretary General of the WEA, spoke to some thirty representatives of religious freedom NGOs about the work of WEA for religious freedom that has been integral to its mission since the founding in 1846.

Dr. Tunnicliffe mentioned WEA’s various initiatives that focus on religious freedom and the persecuted church, such as the Religious Liberty Commission, the International Day of Prayer, the International Institute for Religious Freedom, and others, and said: “As we recognize the multi-faceted work that we’re doing for religious freedom, we recognize that it’s not only about issues of human rights. For us there are deeply theological issues, and it’s also rooted in our commitment to mission. How do we explain our faith and share our faith around the world? And that’s really what brings us to the launch of this book.”

Dr. Chris Seiple, President of the Institute for Global Engagement and one of the authors of ‘Sorrow & Blood’, then spoke about the importance of the book for Evangelicals living in an American context who sometimes forget what suffering for Christ really looks like in countries where there is persecution. He said that in the Christian context, there is a ‘theology of suffering’, and added: "We believe that we glorify God when we choose to work for those who reject God and Jesus Christ. This seems not to make any sense. But that's for me an important part of our faith."

Brent McBurney, President and CEO of Advocates International which is a global partner of the WEA, then spoke on behalf of the Religious Liberty Partnership (RLP) of which many authors are members. RLP’s purpose is to encourage and nurture partnering and collaboration among Christian organizations focused on religious liberty. McBurney said: “The Religious Liberty Partnership is pleased to be part of this book launch and part of the book. It's a great tool for those of us who are actively helping to represent the persecuted Church. I'm looking forward to reading this book and I know that it's going to be very helpful for those who are doing this work.”

After the presentation, Dr. Tunnicliffe gave a copy of ‘Sorrow & Blood’ to Scott Felipe, Deputy Director for Policy and Research at the United States Commission on International Religious Freedom (USCIRF). There were also several representatives of the US government at the event and, even though she could not be present herself, International Religious Freedom Ambassador Susan Johnson Cook warmly welcomed the book that was sent to her by the WEA.

For more information on 'Sorrow & Blood' go to www.sorrowandblood.com. 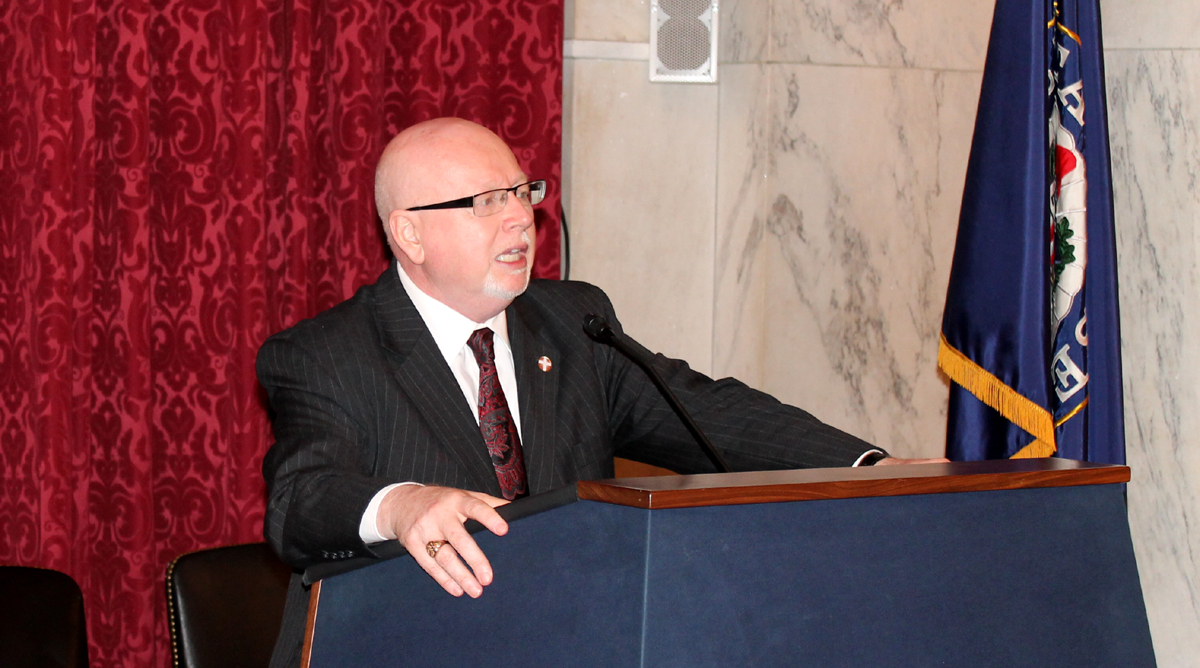 Brent McBurney (left) and Dr. Chris Seiple share their testimony about why 'Sorrow&Blood' is an important resource for Evangelicals today. 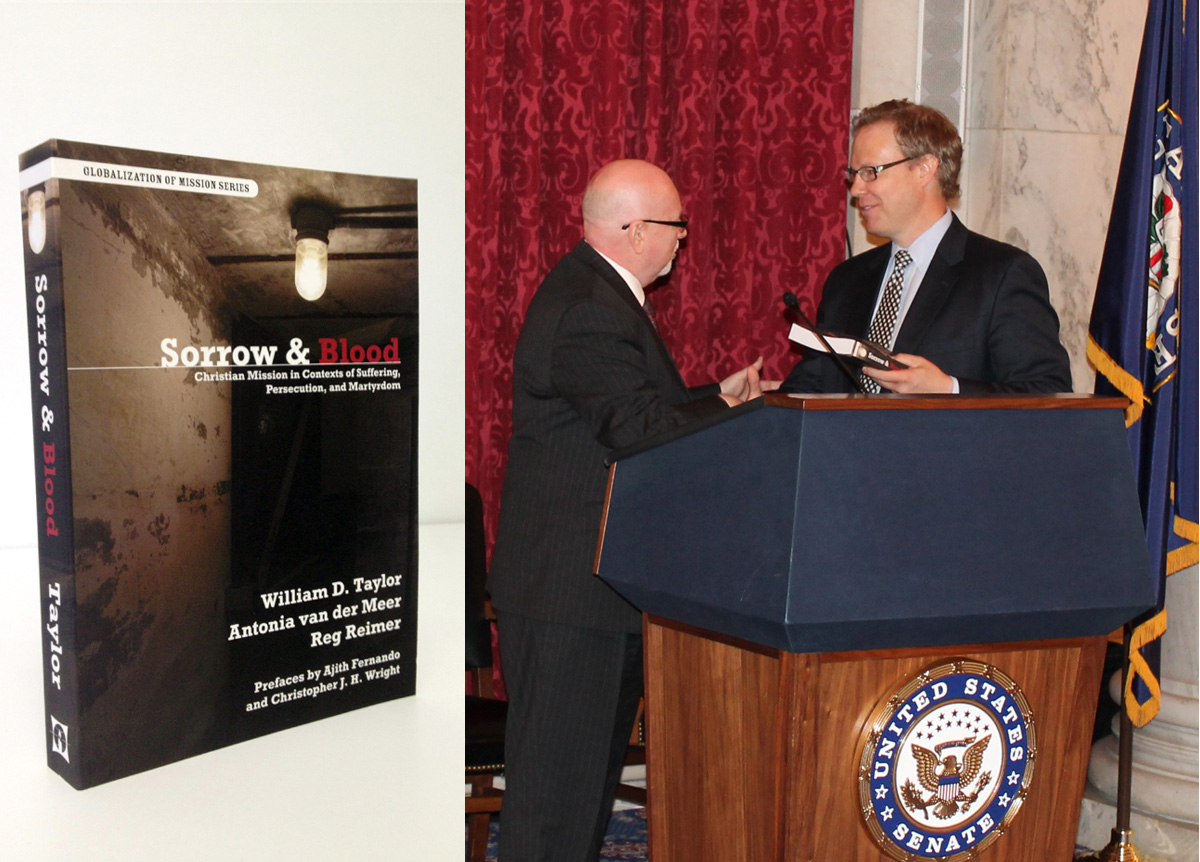 Dr. Tunnicliffe presents a copy of 'Sorrow & Blood' to Scott Felipe, Deputy Director for Policy and Research at USCIRF.