Drop any notion you have of kindly Buddhists, heading up the Sri Lanka Buddhist dominated government, in this tear-drop of a country, formerly called Ceylon, just a few miles off the south coast of India.

Endearing himself to the world, the infectious giggle and gentle warmth of the Dalai Lama, Buddhist leader from Tibet, is not what you find here. Instead here politically inclined Buddhists are tough, demanding in their drive for religious nationalism, with described intentions of making Sri Lanka into a country ruled by sectarian fundamentalism yet a country to which few can match its physical beauty.

My first visit was in 1978, as guest of the Youth for Christ staff conference with long-time friend Ajith Fernando. (See the recent Christianity Today article written on him http://www.christianitytoday.com/ct/2012/october/the-choice.html.)

Initially our plan this fall was to be part of their 60th anniversary of the National Christian Evangelical Alliance of Sri Lanka. However given persecution and harassment going on against Christians, they decided to hold back celebrations as it seemed inappropriate given the price being paid by pastors and people. Even so Lily and I decided to spend some time with our Alliance and its leadership.

I had learned that a point of stress with our Evangelical community was with the Roman Catholic church, fueled by misunderstanding and a seeming inability to connect. The Evangelical community, lacking sufficient public recognition by the government, creates all sorts of problems: from buying property, accessing permits, obtaining visas, and accessing education of its children in government-sponsored schools, to name just a few. The RC Church makes up 70% of the Christian community and the Archbishop, now Cardinal, has significant influence with the Buddhist government. Thus a working relationship with him and his church matters.

To help understand the situation and to provide counsel on a way to move forward, I visited officials in the Vatican en route in early October. Over the past year, I’ve connected with various officials, especially when invited to be part of the Pope’s Pilgrimage to Assisi October, 2011. In the end I met in Colombo with Archbishop Ranjith. A learned man, understanding of the social and political realities of his land, we had open and friendly conversation on the issues facing Evangelicals and his challenges as most senior and best known Christian leader in the land. In the end we prayed for each other, prayers that touched my heart as I sensed his deep desire to be led by the Spirit. The future will be defined by possible activities in which the various Christian communities find ways and means of interconnecting and facilitation in the important witness of the Gospel as religious minorities.

Invited to speak with leaders on persecution, I wondered, “Goodness, what do I have to say? I’ve never been persecuted.” I took the parable of the unjust judge and widow (Luke 18) Luke begins the text by saying it’s about being faithful in prayer and not giving up. Jesus, offering no sympathy, ends the parable speaking of his coming with, “Will he find faith on the earth?”

The surprising structure of this parable is that Jesus, by comparing the unjust judge to his Father is in effect saying, “If this lousy, unjust judge will eventually cave in and give justice to the widow because of her relentless persistence, how much more do you think your heavenly Father will be fair and gracious in his response?”

Then, Saturday morning, Lily and I drove into the countryside to meet a pastor who faced persecution in her planting a church. 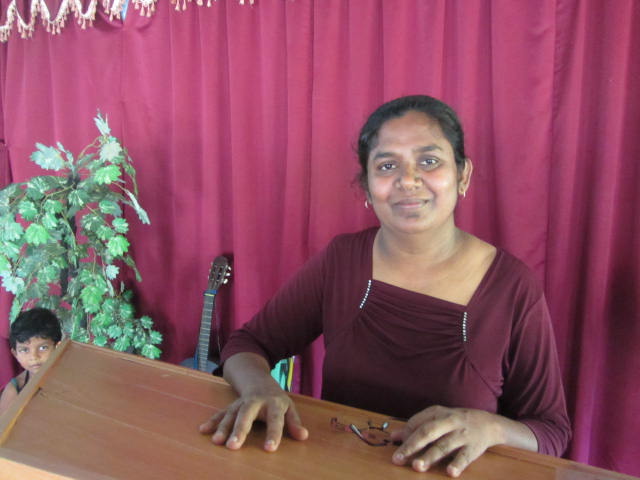 Rev Ayesha Jeevika, is a graduate of the Assemblies of God college. Before attending college, she prayed for the Spirit’s leading and one night had a vision of a particular location, roads and places. After graduating, while driving through the inland coast, north of Colombo, she saw the very area she had seen in a vision years before, including coconut and rubber tree estates. Thus it was here she began her ministry.

It wasn’t long after her making calls on homes in the area, Buddhist priests began harassment. As households confessed Christ, and as they searched for a place to rent to hold Bible studies and worship services, no one would rent. So they met in the open and when it rained, used plastic sheets for cover. But intimidation continued. One day she was surrounded by men of the village with threats that if they continued they would end up in the hospital.

Eventually they would meet in various homes at night: from late in the evening till 4 AM, studying and praying. One night (September 13, 2003) they were surrounded. Breaking in the back door, a gang of men took four women including the pastor, and began beating them, even attempting rape, forcing them to kneel and shout out, “My lord is Buddha.” As she refused, Pastor Jeevika was beaten so badly she was hospitalized for over two weeks.

Hauled to the police station, the men reported they had pulled them out of a prostitution house. One woman had a cell phone and called Pastor Vernon Perera (I preached as his church the weekend we were there) who came to their rescue. Surprisingly the case went to trial and took nine years (it was settled December 15, 2011) and in the end villagers were required by the judge to pay a fine of 100,000 rupees (about Canadian $800.00.)

While the trial was going on, the pastor began making stationery books and sold them door to door. Eventually they bought land and began to build, but one night villagers tore down the concrete pillars and leveled the partially constructed church. So they began on another piece of property and eventually its was built. Even so, often their church is stoned, windows broken and Christians intimidated. When they try and get police protection, because of the dominant religious control, police are reluctant to provide any help. Now that the church is established and visible in the community, a Buddhist temple has been built. 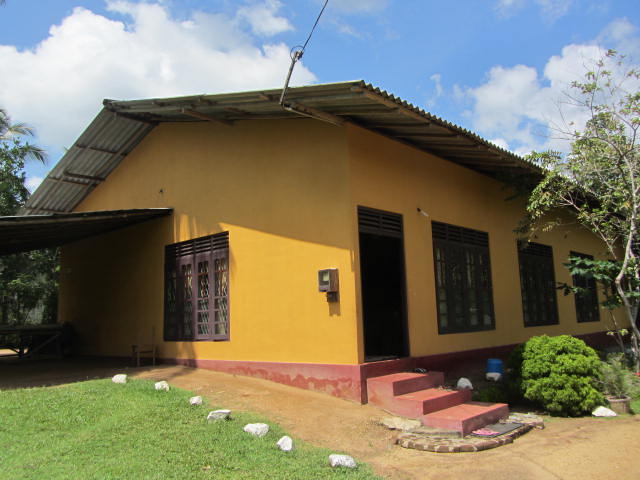 Her children aren’t allowed to attend the public school and even private schools in the area won’t register them, so they drive 45 kilometers one way to attend a school outside of their area.

As we left Colombo, we were leaving friends who know much more than we about the cost of serving Christ. Our offerings are so simple in contrast to their faithfulness and courage. Humility in service is all that seems appropriate to us as our plane lifts off.