The World Evangelical Alliance (WEA) joins the Evangelical Alliance of the United Kingdom in mourning the passing of Rev. Dr. Joel Edwards and paying tribute to a man who lived for God’s Kingdom and is leaving behind a legacy of influence in countless people’s lives in the UK and the world.
Bishop Dr Thomas Schirrmacher, Secretary General of the World Evangelical Alliance (WEA) commented: “Joel was the walking compassion. For decades, he was the conscience for WEA ensuring that we would not forget the poor, the oppressed, the marginalized, the persecuted. His advice was sought after by many ministries within the WEA, many times unofficially just because of the breadth of his network, his networking abilities and his global knowledge, but often also in official senior advisor roles to our entities, such as the International Institute for Religious Freedom. But more than that, I have lost a personal friend who often inspired me to think bigger.”
The following is the tribute by the EAUK:
We thank God for the life and ministry of Joel Edwards, and his 20 years of faithful service with the Evangelical Alliance and the African and Caribbean Evangelical Alliance. 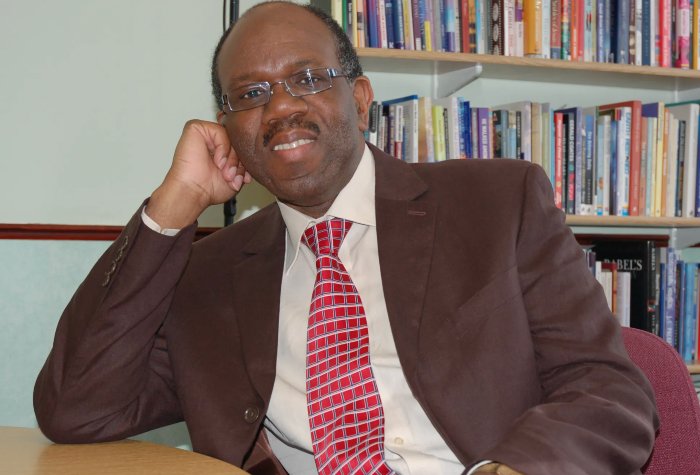 Joel Edwards leaves behind an inspiring legacy of unity in diversity, social engagement and Christ-centred service. A unifier across evangelical constituencies, he confidently promoted his evangelical faith and values in the public square, as general director of the Evangelical Alliance and in other prominent public leadership positions, social engagement initiatives and media appearances.
“Joel was an outstanding leader and communicator,” says Gavin Calver, CEO of the Evangelical Alliance.  “He served the Evangelical Alliance wonderfully over many years, culminating in his time leading the ministry as general director. I’ve known Joel since I was a boy and I’m incredibly grateful to him for his friendship, wisdom and support. In my time as CEO he has been one of a few very significant voices of encouragement and challenge that have helped me immeasurably. We will all miss him dearly and his contribution to the Evangelical Alliance will never be forgotten.”
A leader longing for unity
After serving as a probation officer for a decade, and then as a pastor in east London, Joel became the general secretary of the African and Caribbean Evangelical Alliance (ACEA), where he worked to show the transforming power of Christ in communities, bring predominantly black churches together, and build bridges between the organisation and UK churches.
In 1997, he became the first black Pentecostal general director of the Evangelical Alliance, responsible for leading its various teams and working with national Evangelical Alliances in Northern Ireland, Wales and Scotland as well as the ACEA.
In this role, he progressed and deepened the diversity of the Evangelical Alliance while bringing credibility and attention to evangelicals in the ecumenical and secular spheres. With a desire for unity in Christ, he sought to close the gap between the right and left constituencies of evangelicalism.
“The vision I and the Evangelical Alliance have worked on together is clear: our future as evangelicals is to be at the heart of spiritual and social transformation for our society,” he said towards the end of his role at the Evangelical Alliance. Joel had a heart to see society changed and Christ presented credibly in the 21st century, which he expressed in his 2008 manifesto to evangelicals around the English-speaking world, An Agenda for Change.
During his 11 years of service in this role, he was awarded an honorary doctorate from St Andrews University in 2007, received the title of honorary canon at St Paul’s Cathedral and was appointed a commissioner for the Equalities and Human Rights Commission.
Faithfully presenting Christ in the public square
Joel promoted evangelicalism in the public square and presented Christ in the media and in parliament, strengthening the voice of evangelicals in these areas, leading social engagement and evangelical mission initiatives. He was a compelling broadcaster in his regular radio appearances.
Joel received many accolades, with The Church Times once commenting that he was  “probably the most influential black Christian in the country”. He also received a medal of appreciation for services to Jamaica in 2003.
After the Evangelical Alliance
After his 11 years of faithful service as general director of the Evangelical Alliance, Joel continued to represent faith in the public square as a member of the International Religious Advisory Council to Tony Blair’s Faith Foundation.
He became international director of Micah Challenge in tackling issues of global poverty, specifically working towards the Millennium Development Goals. He has been fundamental to the formation of Micah Challenge International, a movement calling governments to account for justice for the poor. He also served as a strategic adviser to Christian Solidarity Worldwide.
Joel was awarded the Langton Award for Community Service by the Archbishop of Canterbury  “for his unique contribution in uniting evangelical Christians across the UK in challenging global injustice”.
A friend, colleague, mentor
“Joel was one of the people I sought advice from when I was told that I had got the job as director of the Evangelical Alliance’s One People Commission,” says Rev Israel Oluwole Olofinjana.  “I knew he would have a fatherly counsel for me as someone who has navigated that space before me. His advice was timely, encouraging, refreshing and prophetic.”
Steve Clifford, Joe’s successor as general director of the Evangelical Alliance (2009−2019), says,  “As my friend Joel and I played football for London Bible School in the mid-1970s; he was a pretty good player. Little did I know how often our paths would cross in the proceeding decades and that I would eventually follow in his footsteps taking on the role as the general director of the Evangelical Alliance.
“Over the last 40 years, Joel became a much-respected statesman of the evangelical church in the UK. He so often spoke on our behalf, whether on Thought for the Day, The Today programme, as a commissioner of the Equalities and Human Rights Commission or more recently as the international director of Micah Challenge. I’m thankful to God for the life and ministry of Joel; he has served the church worldwide, not simply the evangelical church, with great faithfulness over the last 40 years.”
We praise God for the Christ-centred life and legacy of Joel Edwards and are praying for his friends and family at this difficult time.]]>