A Welcome Example of Pushback: Story of Evangelicals in Vietnam 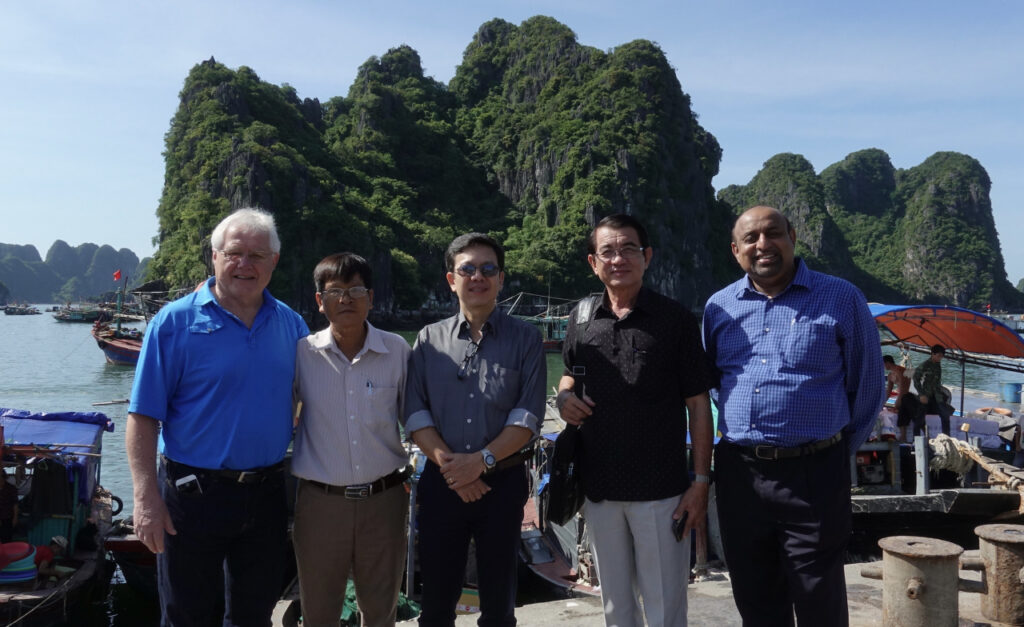 One indisputable feature of Evangelicals is that we don’t always get along. All sorts of factors play into our lives; our hometowns, family history and schooling influence how we think, feel and vote. In our human brokenness, disunity is often a factor that plays into all we are and what we do.
So, how then do we live as Jesus prayed to the Father in John 17, “May they be one even as we are one”? We know that believing in and following Jesus does not create sameness. For example, in Canada I have Evangelical friends who favour a wide range of political ideals: separatism, socialism, conservatism, liberalism, environmentalism.
In today’s world where conflicting views are the chatter of newscasts, let me point you to a country and its people who, though living in division, chose recently to come together.
A great example from an unlikely place
Vietnam is a classic example of a divided country. It has endured civil and national wars, been fragmented by tribalism, dealt with conflicting economic theories, and juggled a multiplicity of languages. Even its history defines the country as politically split between the north and the south. Some months ago, when I traveled from the northern part of Vietnam to the southern end and back again, I was reminded of its pockets of resistance, its variety of tribes and local ethnic animosities. These demographics don’t cease to exist just because faith is introduced.
Yet here in Vietnam, Evangelicals, though facing headwinds of opposition within their own communities, chose a few weeks ago to buck the trend of division. Instead, they committed to praying and working towards a more unified Christian voice, so as to establish a stronger public presence in the country.
Wars with France and the United States marked this land in our memories. Though Vietnam is currently ruled by a Communist party, more than half of its 90 million people are Buddhist and 10% are Christian (mostly Roman Catholic). Evangelicals, who represent 2% of the population, have been active here for a century. At times they have struggled or even faced persecution, but the church has thrived. In the early 1900s, the Christian and Missionary Alliance started Bible translation work and planted churches. Since then, the small band of Christians has grown despite the wars of the 20th century and the advent of communism.
On November 28–29, 2020, at a meeting in Cam Ranh Bay, the Vietnam Evangelical Alliance (VEA) was formally launched, with Rev. Ho Tan Khoa appointed president.
(He serves as general secretary of the Presbyterian Church of Vietnam.)
National alliances like the VEA, members of the World Evangelical Alliance, are part of the worldwide phenomenon that started when the WEA was formed in 1846. The main motivation for creating the WEA was a desire for unity and fellowship. In those post–William Wilberforce days of the early 19th century, issues of slavery, child labour and religious freedom were matters of great concern. Even so, the core attraction for Protestant leaders to join together was a passion for unity. In a world of numerous denominations and the hostilities such barriers can produce, those who met chose to resist the status quo of division and create a means by which Evangelicals could meet in fellowship and harmony. Today there are 9 Regional and 135 National Evangelical Alliances, all born out of a similar desire for unity—evidence, we believe, that Jesus’ impulse in John 17 still reverberates among his people today.
It takes determination
Making the VEA a reality hasn’t been a task for the faint of heart. Those who helped to make it happen know how deeply the spirit of division pervades Vietnam. Too much of its history was characterized by internal strife and external invasion. Overcoming disunity required boldness, humility and collegial strength.
For years, Vietnamese church leaders prayed and worked together. But even while they were working to make fuller unity possible, during this past year the historic Evangelical church in Hanoi was torn by unimaginable internal disputes. Furthermore, the largest Evangelical denomination in Vietnam, the Evangelical Church of Vietnam–South (ECVN-South), has chosen to stay out of the VEA. The ECVN-South has declined to acknowledge the legitimacy of many house churches born in Vietnam’s 1988 revival, and those deeply held feelings about the house churches still stand in the way of cooperation.
Even though Vietnam’s largest denomination decided not to join, the current VEA leadership was not deterred from moving forward. In all, 33 denominations and two ministries felt it was the right time to declare their unity and fellowship in Christ.
(See the list below.)
In the past 60 years, the global Evangelical community has exploded, from about 90 million people in 1960 to over 650 million today. Evangelism is rooted in our very name. We love to tell the good news of the Evangel: God has come, and he lives among us.
Now it’s time that we visibly make him king among us by setting aside those differences that should not divide us. Our brothers and sisters in Vietnam are telling us that it matters. They are also pointing the way.
Brian C. Stiller, Global Ambassador
The World Evangelical Alliance
December 2020