An edited version of this artilce was posted on Christian Today.

Christians today remain one of the most persecuted religious group around the world with more than 200 million believers facing “high levels of persecution” by authoritarian governments or adherents of a country’s majority religion, simply because they identify as followers of Jesus Christ. But persecution takes on many forms and is not experienced by everyone in the same way.

As part of a new research approach, Open Doors International (OD) began tracking differences in how Christian men and women experience persecution. Their findings based on data collected from dozens of countries reveal that persecution is not gender-blind, but gender-specific in that different “pressure points” are used for men or women to increase effectiveness.

Men who are typically the main breadwinners for the family are more prone to experience economic pressure that threatens the family’s livelihood, while women whose social status is often measured by their perceived sexual purity are more likely to face sexual harassment or rape as a form of persecution. 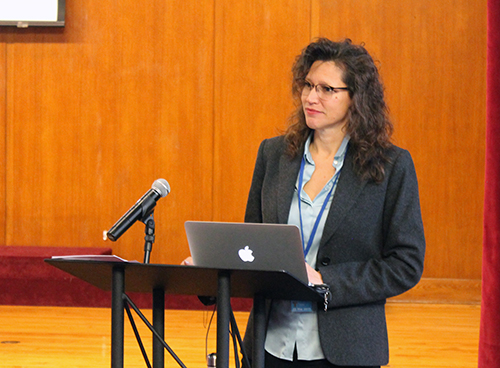 Helene Fisher, OD’s global gender persecution specialist presented the new report for the first time at an event hosted by the World Evangelical Alliance and Open Doors International as part of the United Nation’s annual Commission on the Status of Women. Held at the Salvation Army’s International Social Justice Commission Headquarters in New York, the event focused on the intersection of religious persecution and gender-inequality.

“For women, rape and sexual violence are connected to honor and used intentionally to dishonor Christian women and their community. Women will bring shame upon their families if they fail to uphold high norms surrounding their sexuality. Thus if a woman converts to Christianity, she is much more prone to sexual violence. Rape is often used as a deliberate form of punishment in reaction to conversion to Christianity,” the report states.

But behind numbers and statistics are painful personal stories, such as that of Esther who was taken captive by Boko Haram in Nigeria at the age of 17 along with other girls: “The militants did everything they could to make the Christian girls renounce their faith. A few of the men wanted to marry Esther. Because she would not give in to their demands to renounce her faith and marry, Esther was raped continually as punishment and eventually impregnated by one of the many men who violated her.”

Especially in shame cultures, it is difficult for families to deal with the loss of sexual purity of their daughters and the trauma the girls experienced, even if they were among the few “lucky” ones who could flee or were released.

"Women's bodies are being weaponized and used against their communities in order to harm that community. The girl in fact is not the target. She is not the object they're trying to destroy. They're using her body to destroy her family and destroy her community," Fisher said.

A key finding of the new research is that in most countries, women’s social and legal status is already at a great disadvantage compared to that of men, which makes persecuting women of a minority religion much easier and less risky for the perpetrators and at the same time much harder to track and respond to. “Domestic violence, inability to travel, denied inheritance, ease of divorce – these are the socio-economic legal structures that [these women] live in. And when these tools are intentionally used as a form of religious persecution, it blends in, it's very hard to track. And yet, the global trend makes it evident,” Fisher observed.

“We see it in the what we call ‘more so-effect’. Things are difficult for the women in the country, but ‘more so’ for the minority women.”

“And when we hear that over and over again, we see the intentionality of it. It's low risk because it blends in, because it's accepted. It's part of the societal and cultural practice, there is impunity for those who are doing it. Perhaps the legal system doesn't work, perhaps the society has just become accustomed to it, perhaps there is complicity from the religious community that says "we try to hide it", which then effectively gives impunity for perpetrators. All this then makes it highly effective.”

Another feature that distinguishes the persecution of women from that of men is that it is more complex in that many factors can come together to put pressure on women to renounce their faith. Women who convert to Christianity are frequently married off to much older men who are “entrusted” with the task to bringing her back to her right mind.

As domestic violence is a socially accepted norm, the husband can keep her in a form of house arrest and physically abuse her without anyone noticing. If she chose to run away, she would have few options as she could not earn a living for herself in a culture where only men are allowed to work. She would also loose custody of her children and would not be able to find legal protection from her husband as the laws are stacked against her.

“Her persecution is highly complex, she is under pressure from many different areas. It's like not having your coffee in the morning, then getting stuck in traffic, then getting a flat tire and then coming to the office just to realize that you lost your job. It's an accumulation and something happens every day,” Fisher comments.

The research, however, also brings hope as it sheds light on the specific issues that can then be tackled systematically once they are understood by the affected communities. “The good news is that working with structures and working with faith communities, we can actually remove some key elements,” Fisher says. “We can choose not to be complicit and we can choose for there not to be impunity for this sort of action.”

“When we do that, when any minority faith group does it and understands how these tools are being used against their women and girls as a means of religious persecution, then that same faith group will become a force for positive change for all the women in their society.”