Life in an Earthquake Zone – Brian Stiller from Nepal

The ride to the border of Tibet was long, rough and dangerous as we crawled up the winding mountains roads. A nine hour return drive on a 100 kilometres, we passed through villages strung out along the mountain road: some were noiseless, no movement, vacant, soulless. Some had died, crushed by the falling timber and rocks, others picked up what they could leaving for places they thought more safe.

The 7.8 earth quake on April 25, brought its destructive force to various places and unsuspecting people. The shaking of ground, rattling of dishes and swaying of buildings was felt right across this land-locked nation of 30 million. Yet its most powerful and destructive force seemed to spew its fury in  reserved places. 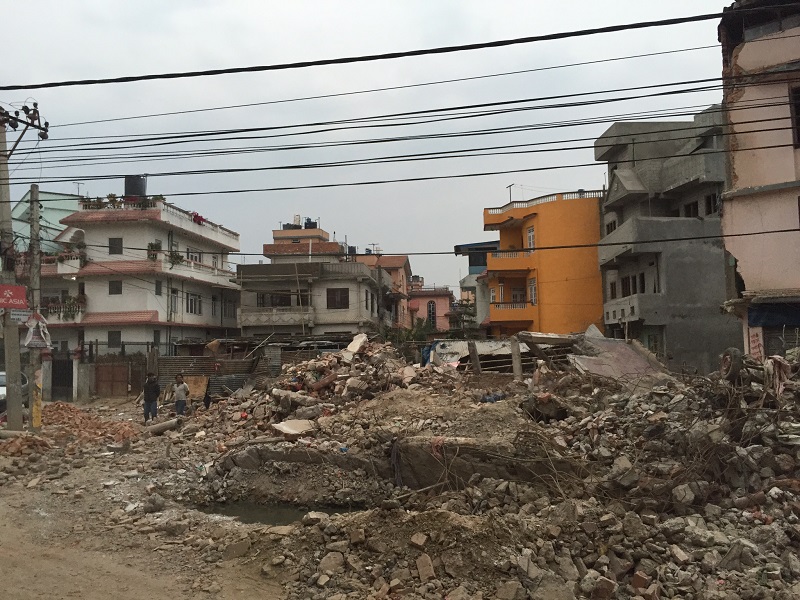 Katmandu, at first thought to be under massive siege, was more preserved than at first assumed. Historical sites, religious symbols and buildings toppled, but the worst of the force was felt in regions, often inaccessible by machine, apart from helicopters.

Pastor Tek Dahal, president of the National Churches Fellowship of Nepal (NCFN) and I visited The Vision of Salvation Church where 60 were gathered. Here 15 died. (See picture) Then we visited the totally destroyed building of The Sukot Prayer House. Here out of the 120 worshippers 30 lost their lives, including pastor Hima Sherpa. Since Saturday is the day business are closed, church services are held on then, and with the quake occurring  just before noon, in many churches the pastor was preaching.

Rescuers working on the ground have documented 633 known Christians having died and 3,000 injured.

Nepal a country of magnificent beauty, complicated history and a recent story of an explosive church, is at the epi center of a possible surge of Christian witness. Integral Alliance, a member of the WEA, representing many relief and development agencies are focusing resources and efforts on first providing food, then housing and protection and in the long term, reconstruction. Samaritan's Purse and World Vision, already with offices here, have moved their people in to minister.

In 1950 there were seven Christian families in Nepal. By 1960 a hundred believers. In 2015 there are close to one and a half million believers. This closed off country was ruled by a monarchy in which faith was made illegal. It struggled through the insurgent days of Marxists and in 1990 a sort of freedom of religion was allowed. Today, bursting out is the witness of Jesus. A theologian said theological liberalism simply doesn't exist, be one an Anglican, Baptist, Methodist or Pentecostal. "We all believe the entire Book and practise it in faith." 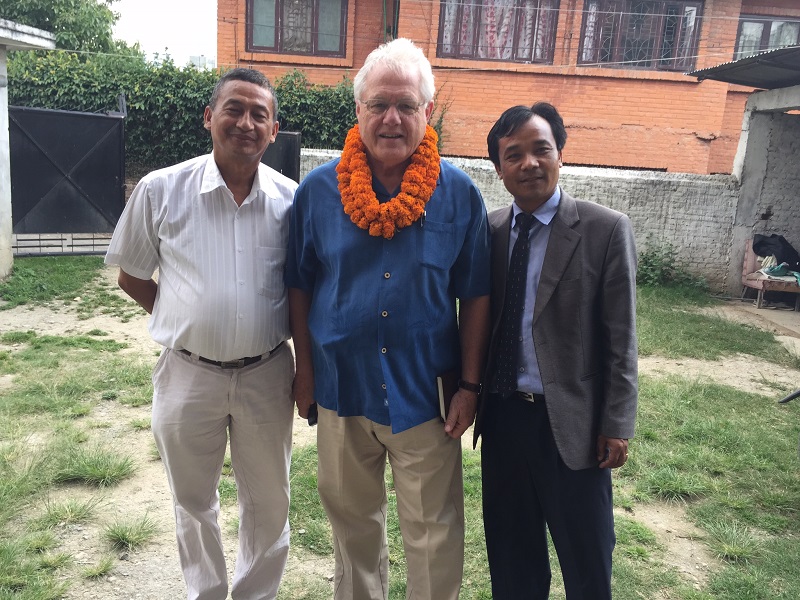 On the short term, food has been distributed, with those in the know estimating it will take another 30 days to insure all have food. One church group drove a day, then with 51 porters walked 3 days back up into the mountains to reach those in need. The next two stages are to provide housing for those living under tents, existing with whatever they can find. Then the long term is to help in reconstruction of homes, villages and communities.

This land, on top of the world, is habited by a people with a quiet but clear link to the heavens. Jesus as Lord is received with joy, and it is believed that as comfort is brought to those suffering from loss, and the reconstruction provides relief and protection, the Gospel of the risen Lord will reverberate across the hills and through the valleys of Nepal.


Read also: A Request for Prayer and Support for Nepal