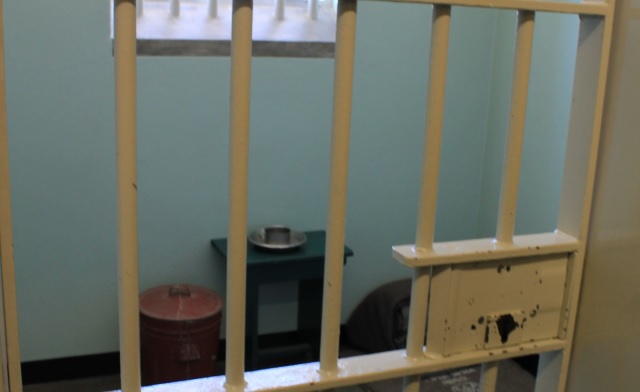 I stood in the cell where Nelson Mandela spent eighteen of his twenty-seven imprisoned years.  While it now appeared unremarkable, it still seemed somewhat hallowed.  As we walked about Robben Island, just off the South African coast near Cape Town, I tried to imagine Mandela’s feelings and to hear his many conversations with colleagues of the African National Congress (ANC). There must have been a sense of futility mingled with hope for their cause.

The transition from white minority power over both the black and colored majority is a story like none other.   A political system called apartheid had evolved through the early years of the twentieth century and came to full bloom in the 1960s.  As its laws became more repressive and absurd, Mandela led the underground resistance and was eventually convicted by the white courts, as were many of his ANC associates.  As the resistance grew to rebellion, the government finally realized that the laws needed changing and they eventually consulted Mandela while in prison.   They promised his soon release and general elections to be held in 1994.

In 1990 the world watched and wondered as Mandela left prison and boarded a ferry to cross to Cape Town. His peaceful presence, his measured words, his respect for his captors and his carefully considered convictions showed that he was a leader of a different stripe.  His mature wisdom and gracious manner suggested how he might someday govern.

This is the story that we all saw.  But behind it was another story less reported in the major media.   After so many decades of harsh rule under apartheid, the oppressed majority could have easily pursued retribution.  And yet, their antagonisms were focused primarily on their own people, for the black community was divided.  Mandela led the ANC while Buthelezi, chief of the large Zulu tribe in South Africa, led the Independence Freedom Party (IFP).  The two sides were at each other’s throats, with killings on a regular basis.

South Africa was ruled by people who were steeped in the doctrines of the Dutch Reformed Church mixed with their need to survive as a majority.   This had certain similarities to the position of early settlers in the United States who perpetuated the practice of slavery while trying to defending it biblically.   But there were other spiritual influences in South Africa, one of the most dominant being the legacy of Andrew Murray, a minister who had died in 1917 but had left a rich heritage of Christian thinking in his more than 240 books.   He is still read and appreciated around the world for his writings on prayer.

As the Christian leaders in South Africa saw the conflict that was likely to happen, they mobilized in an effort of prayer for a peaceful resolution in a time of momentous change.   At the same time, the leaders of the ANC and the IFP knew that the violence had to stop and they agreed to invite Henry Kissinger from the United States and Lord Carrington from Britain to assist in mediation. Adding to the foment was Buthelezi’s threat to forbid Zulus to vote in the coming election.  This meant that when Mandela was elected – a forgone conclusion – Buthelezi could then declare that the election was illegitimate since a major tribe wasn’t part of the vote.  This would, in effect, make Mandela a president without a mandate, an accusation which could rally the troops to further conflict, at the very time the white laws of apartheid were crumbling.  What was seen as a wonderful transition was turning into a nightmare.

It was Michael Cassidy, a South African leader of African Enterprise, who saw the futility of high level mediation without also relying on God’s intervention.  He reached out to Washington Okumu, a Christian professor from Kenya who was often called “the gentle giant” to join in the negotiations.

On April 14, 1994, thirteen days before the election, Kissinger and Carrington boarded planes to head home, with Kissinger offering a prediction that a million people would die in what he saw as a coming civil war.

Michael Cassidy went into action and rented a stadium in Durban and prayer meetings began to happen all over South Africa.    While the prayer meetings were going on, Washington Okumu worked all night with the IFP to find a way to avoid the conflict.   With an agreement in hand, he sped to the airport in Johannesburg to get Chief Buthelezi’s endorsement, but he arrived too late. The Chief has already left; at least he thought he had.  A few minutes into the flight his pilot said they had an instrument problem and had to return to Johannesburg.

Washington Okumu got his meeting with Buthelezi.

On April 17, 25,000 people turned out for prayer at the Durban stadium, matched by smaller prayer groups around the country. And in the VIP lounge Washington Okumu and Buthelezi had final discussions on a settlement with President de Klerk, hammering out a plan while thousands were in prayer for a peaceful settlement.

Ten days later elections were held.  The chief allowed his Zulu people to vote.  Mandela was elected and not one person died from tribal conflict.

The convergence of leadership, skill and a will to pray brought change to a nation racked by decades of cruelty.  Into that world at a time of enormous potential for good came a threat so severe that the country could have been torn apart.  Michael Cassidy provided Christian leadership.  Washington Okumu, a scholar of Christian faith, lent his considerable skill in negotiating. Thousands upon thousands reached out in prayer for their nation, believing that the Spirit would intervene in ways no one could predict.  And God had his Cyrus, Mandela, to lead the people through the coming days.