From Tuesday, November 18th to Thursday, November 20th, more than 250 leaders gathered for the International Prayer Initiative with a unique focus on “Children and Youth: Investing in the Future.” Mostly based in New Jersey participants partook in worship, praying and sharing best practices.

On November 20th, UN International Children’s Day, the participants went to the United Nations Headquarters in New York. The day began with a Morning Prayer Breakfast for UN Ambassadors. During this time, young children from around the world prayed for the UN Millennium Development Goals and even for the Ambassadors present at the breakfast. Some of the breakfast speakers included Luis Bush from the 4/14 Movement and Dr. Wess Stafford from Compassion International.

The day continued with two sessions, and it was an opportunity for churches, ministries and Christian organizations from different regions of the world to learn, share, testify and pray for the United Nations and its leaders.  Some of the speakers on the 20th included Richard Morgan, Senior Advisor on the Post-2015 Development Agenda, the Deputy Permanent Representative of Nigeria, Ambassador Mr. Usman Sarki, who shared the importance of religious communities in the work of the United Nations, and Marielle Ali WEA’s Assistant to the UN Permanent Representative who spoke on international NGOs and ways to get involved in the Millennium Development Goals and the Post-2015 Development Agenda.

During the day, the issues raised included religious liberty and children’s rights. In countries where Christians face persecution such as India, Egypt, Syria, Jamaica, and China, leaders spoke of the miraculous work in their children, churches, communities, and their country. Leaders had a chance to share their needs and prayer requests with one another, and some of the several issues highlighted were focused on children’s rights as part of the wider human rights agenda: issues like the right to education and nutrition, as well child abuse and criminal activities like human trafficking. One young leader from India testified and said, “Children are the diamonds in the Kingdom of God.” She shared how her community was transformed by God’s grace and work, and how formerly poor children are now young professionals, doctors and engineers, in India.

This initiative provided encouragement to all Christian leaders so that they can continue to fight for religious freedom, human rights and the younger generations in God’s Kingdom. Young children, from as little as ten years old to teenagers, expressed their gratitude for the event and thanked their parents and church leaders for their prayers and support for the work of God. As Deborah Fikes, WEA’s UN Permanent Representative, stated, “It was a great encouragement for me personally to be part of a gathering that recognizes and prays for the important work that the UN is doing to help so many suffering people around the world. UN leaders and staff have an overwhelming task on a daily basis and they need our prayers.” 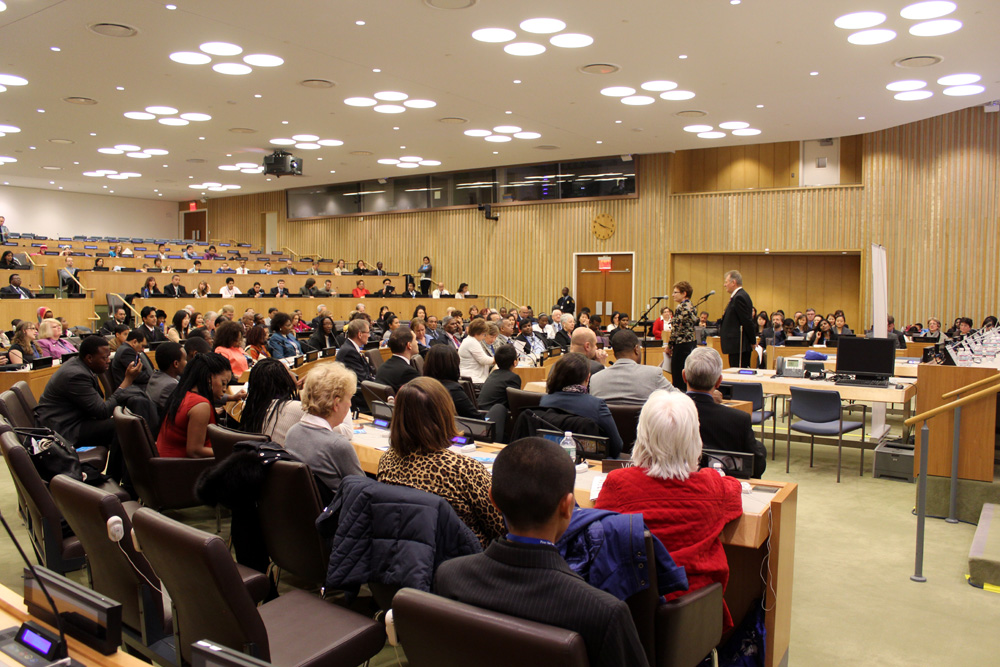 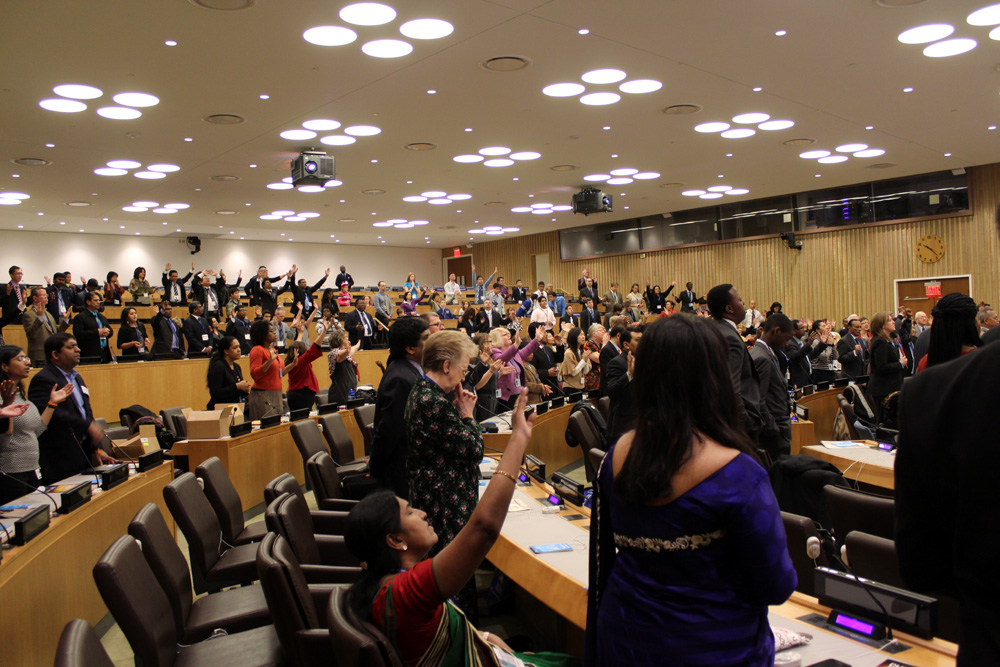 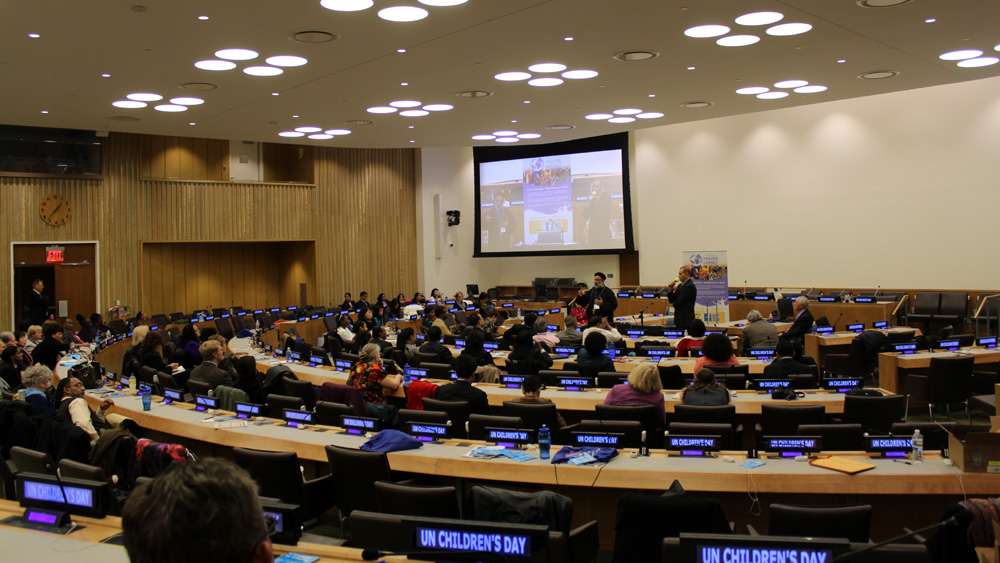 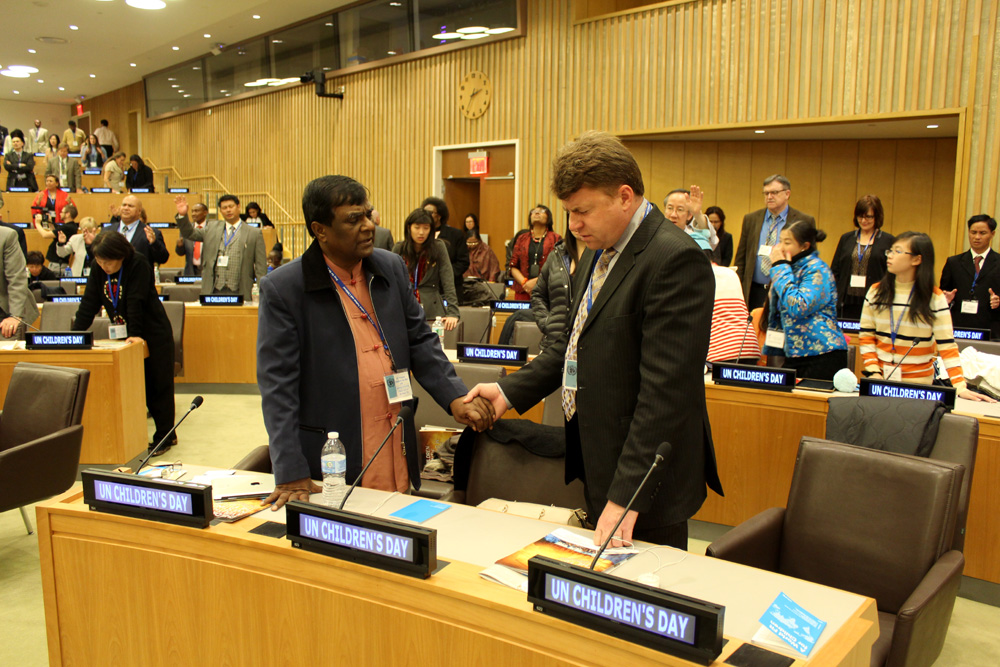