Dispatch from the Czech Republic (by Brian Stiller) 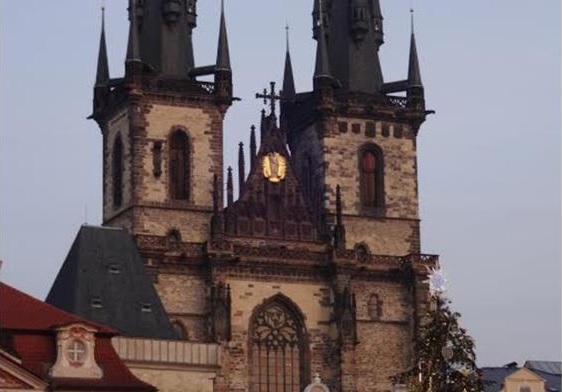 The “Velvet Revolution” of 1989 ended 41 years of Communist rule in Czechoslovakia, transforming it into a parliamentary republic. Václav Havel, a hero and playwright was installed as president of this country that chose to divide into the Czech Republic and Slovakia. This nonviolent overthrow was remarkable in Communist history. Responding to a half million demonstrating in Prague, this city of inspiring spires and castles, preserved from WWII bombings, began to rebuild but at real cost.

The Czech and Slovak societies have inherited two anti Christian movements: the anticlerical 1928 nationalist uprising and the communist takeover in the 1940s, which pushed the church underground. Compounding that is the legacy of corruption inherited from former regimes. This accepted bureaucratic hands-in-the-till mentality was more recently challenged when a Christian public servant took on the establishment.

Libor Michalek refused to do as instructed by his masters and instead exposed an embezzlement scheme. When he refused to exploit the public purse for political gain, the minister said, “Destroy it or it will destroy you.” When he then informed the Interior Minister that it was against his Christian convictions he was told he was on his own. Even journalists were afraid to pick up the story. Eventually it broke, and with taped messages vindicating the authenticity of his claims, it eventually landed in court (2010) where it has stalled. But not before he became a household name. Today Michalek serves as a senator, his Evangelical faith intact and his public witness unfiltered.

As communism took over in the mid 1940s the government set up a system whereby all workers, including clergy (Catholics and Protestants) were paid by the state. As well, the state took ownership of all church property. Only in 2013 did the government agree to give back to the churches their property. Today the government continues to pay clergy salaries, decreasing over the next 30 years.

However since 1989, public battles between the church and state over property ownership reinforced in the public’s mind a view that the church was corroded by self-interest.

Jiri Unger, general secretary of the Evangelical Alliance lamented that the combination of the government controlling assets and being paymaster of clergy salaries has diminished in the people a sense of stewardship. Their dependence on mother government for funding released them from individual responsibility and generosity.

A second factor is that the decades leading up to the revolution, the government controlled what course of study a person could take. If they knew you were Christian, you would be confined to the sciences, keeping Christian young people from majoring in the humanities, including journalism and philosophy.  A Christian, who didn’t obey would be prevented from studying anywhere. The attending result is that generations of Christians aren’t schooled in social and philosophical study, pre-empting their development in ideas and skills critical to a Christian public witness.

A culture nurtured by a cradle- to- grave government, fostered what was described to me, as “a slave generation, unable to step out of the shadows of the ghetto of dependency, losing not only an understanding of taking risk but in volunteering and giving. Giving disappeared as a value.”

In the 1990s Christians, it seemed, were unwilling or afraid to launch out in business seeing it as “dirty,” demeaned by the socialist government and frowned on by society at large. After the fall of the communist regime, as the government attempted to offload state-run enterprises, they couldn’t sell them, as there was no available capital to make a purchase. So ownership was given to government cronies, reinforcing the clouded view that business is a form of social robbery not only because of profit but because corruption seemed its handmaid.

I asked what leadership saw as critical to their long-term witness. Three concerns were cited. The new generation of Christians is stuck, in need of door openers that will help get them into places of service. Held down and marginalized for generations from accessing various sectors of vocation, they have few contemporary models of what it looks like for a Christian to be successful in the broader society, Michalek being an exception.

Second, after being persuaded by England and France to succumb to Hitler’s demands for territory, in 1938 both England and France pulled back, unwilling to support the Czechoslovakian government and leaving them high and dry in their brutal encounter with Hitler. This demoralizing event, it was noted, stamped skepticism on their nation and people.

I got the point of the effect of biblical illiteracy when I was told how Christmas works. There are two dates: St Nicholas December 5 and Christmas the 25th. However their folklore doesn’t say it is Santa Claus, or St Nicholas who brings the children gifts but “baby Jesus.” And here’s the twist. Parents, not of Christian faith, ask their Christian friends not to let their children know that it is them as parents who bring the gifts and not “baby Jesus.” Note the two-fold dismissal of Christian faith. In time, when children from a non-Christian home grow up they are told by parents and teachers that Jesus isn’t real, just fiction. Added to that, when they discover “baby Jesus” didn’t bring them gifts, it acts as a double dismissal of Jesus: he doesn’t exist and worse, he’s a phony.

It is to this end they ask for prayers: that the hope of the Gospel will ripple across the rising generation, filling them with trust in the power of the Spirit to set their witness with energy and expectation. Beyond cultural and personal optimism, they look to the Lord for a fresh baptism of Spirit-boldness.

The struggle to witness needs an undergirding of prayer from friends in and out of the Czech Republic.