The Power of Initiative – Dr. Brian Stiller’s Visit to Malaysia

Lying south of China and its assorted neighbors of Thailand, Vietnam and Burma, Malaysia is strung out on a peninsula lying where the China and Andaman Seas connect. It is spectacular in scenery, rich in soil and fertility and complex in religion and politics. 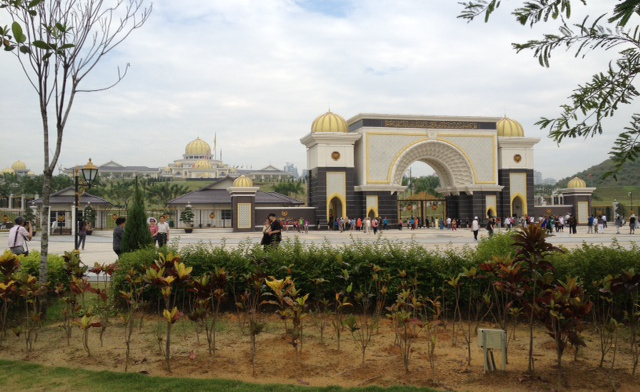 Linked to a global group of pastors from “mega” churches it is an idea created and led by Elias Dantas, a Brazilian and Fuller grad, and Pastor Sameh Maurice — made famous when he opened his church as a field hospital to those injured in the Arab Spring at Tahir Square, Cairo Egypt. They bring together pastors to energize their vision for kingdom influence in their world and beyond. Going beyond pastors, it extends to those in business who believe their calling is as kingdom-driven as is that of pastors.

Key to the working of this group is a South African, Graham Power, a civil engineer and building construction magnate. An unlikely candidate to lead a prayer movement. After coming to faith in the late 1990s, in 2001 he launched the Global Day of Prayer at the Newlands Stadium in Cape Town with 45,000 in attendance. In just a decade, this prayer movement encircles the globe, linking prayer groups, encouraging Christians to live within the power of prayer.

A year ago, I was invited along with my colleague Geoff Tunnicliffe (Sec Gen for the World Evangelical Alliance) to sit alongside this group, as spiritual advisors. In the end, we were the ones advised. Inherent in the vision of these business leaders is a biblical understanding that each is called, anointed and equipped by the Spirit to advance kingdom life.

Over 500 years ago, Martin Luther unleashed a reformation of faith, breaking the bondage of human administered-faith with heart-believing faith. The priesthood of every believer became foundational in this new paradigm of understanding.

Graham Power and his colleagues have figured that out and are pressing forward, calling men and women from all sorts of professions and businesses, from inventors to financiers, from developers to judges. Learning from each other, pooling ideas, and praying in faith, they look for ways in which their skills, knowledge, connections and pools of capital can lift people from poverty, re-craft the environment in renewal and bring into the church a vital and rich understanding of the importance of Christ- centered professional and business leadership.

I’ve too often seen people in business seen as worthy contributors to spiritual enterprises but not as examples of spiritual virtue, for after all, isn’t business done on the fine edge of ethical choices? Graham and his colleagues disagree. There should be no more inclination for those in business to veer from the path of the ethical than one in any other sort of vocation.

However to drive home the point, Graham upped the anti, not letting business leaders or pastors slip under the door of ethical behavior.

To move the idea into gear he assembled an idea under the Unashamedly Ethical campaign which challenges people to fight systematic corruption and pressing governments, businesses and individuals to work at eradicating systemic poverty.

Power notes that to come anywhere close to our promise of reducing poverty by half by 2015, it will cost $210 billion per year. He estimates that the poor lose over $1 trillion through deliberate or direct dishonesty.

For Powers, while living ethically is both biblical and Christ-honoring, it also is practical. It functions to break the binding nature of poverty so people can rise in the quality of life, lifted to see their being in God’s image and set loose to renew their lives, families and societies.

The commitment form of the Unashamedly Ethical campaign is tough, calling on leaders of organizations, corporations, churches and businesses to sign on their behalf. Note what it includes: ”To be entirely truthful in all I say; to be faithful in my family relationships; to do nothing out of selfish ambition or deceit, but to look out for the interests of others; to refuse to elicit, accept or pay any bribes and to report those who do; to be a diligent leader without being harsh, and to pay my staff what is just and fair; to be a peacemaker; to do my work wholeheartedly; to submit myself to just and ethical governing authorities; to remember the poor by investing generously and sacrificially in the broader community; to collaborate with my peers to impact our community and nation.”

Listening to business professionals and entrepreneurs tell stories of failure and success, describing plans to see their communities and nations changed, I saw an emerging strategy to use the gift of leadership and wealth to lift the poor and unleash the church in its kingdom witness.

An understanding of the priesthood of every believer is alive and well.