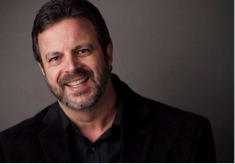 
...Your kingdom come. Your will be done, On earth as it is in heaven... Your kingdom come as in heaven as well as in politics, education, media, business, science ...We pray this prayer, but what does it mean in practice? What does it mean God's kingdom here on earth?What does God expect from each one of us? What is His will for your life?If you ask these questions, then we invite you to a seminar with world well known and significant lector, Bethel church pastor, author of books, prophet Kris VallottonOn 5th November 2011 From 15:30 to 19:00, Bruninieku Street 10a, Riga, Latvia”The LORD will make you the head and not the tail, and you only will be above, and you will not be underneath, if you listen to the commandments of the LORD your God, which I charge you today, to observe them carefully.” /Deuteronomy 28:13/Organized by: LEA,…   Read more 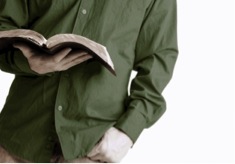 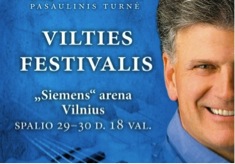 
October 11, 2011 - Christians throughout Lithuania are looking forward to reaching out to their nation with the hope of the Gospel during the Festival of Hope with Franklin Graham Oct. 29-30 at the Siemens Arena in Vilnius. Giedrus Saulytis, the Festival’s executive chair, took some time to describe the current state of the church in Lithuania and why he believes the Festival of Hope comes at a crucial time for his country.Lithuania declared its independence from the Soviet Union in 1990, and the Soviet Union crumbled not much later. After 50 years of repression and absolute marginalization, churches finally were allowed to hold public evangelistic meetings.Thousands came as a response to the spiritual vacuum, and the last decade of the twentieth century saw the revival and rebirth of Christian life and ministry in Lithuania. The Word of Faith Church, of which I am senior pastor, moved from one hall to another in order to accommodate new believers until…   Read more 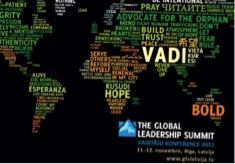 GLS on 11th to 12th of November, RigaLead where you are!Changes in the church, organization, and in society begins with changes in their leaders.At the time when Latvia and the world is faced with economical, political, social and spiritual challenges, it is important not to give up but continue to grow and become increasingly more efficient managers of our life and career field. The leader not only sees the deficiencies, but also sets targets for further development, taking the initiative and is able to involve others in achieving them. Such leaders are needed today.Global Leadership Summit (GLS) is an international movement that has been operating since 1995, mobilizating world-class management experts to train and equip leaders. GLS video conferences takes place in more than 70 countries around the world every Year. GLS members belong to different cultures, ethnic groups, languages, Chri…    Read more

Transforming Our WorldYou still don´t know what to do next New Years Eve? Why not celebrate it with thousands of other young Christians from all over Europe?The Mission-Net congress is a gathering of around 3500 younger Christians from across Europe who are willing to consider living a missional lifestyle; those people who are willing to live out their faith everyday and make a difference in their world.It is primarily aimed at people 16 - 30 years old who want to join in God’s mission and follow Jesus Christ. If you are older, of course you are welcome as well!The next one is December 28-January 2 2011/2012 in Erfurt, Germany.Erfurt, a city where Luther the Reformer studied the Word of God.Mission-Net - A piece of heaven… and you can be…   Read more