[Photo Article] WEA Family Expresses Gratitude to Dr. Geoff Tunnicliffe for Ten Years of Leadership, and Blesses Him for His Future at Farewell Event in New York

As 2014 comes to an end, Dr. Geoff Tunnicliffe concludes his ten years as Secretary General and CEO of the World Evangelical Alliance (WEA). Honoring the many significant contributions he made to the WEA during his tenure, the WEA held a farewell dinner in New York, expressing gratitude to him and his family, and blessing them for their future.

Members of WEA’s International Council, WEA leaders and staff, Evangelical Alliance representatives, partners, friends and family shared stories, testimonies and prayers. And some who were not able to be physically present also recorded video messages that were shown during the evening.

Among many things accomplished in the last ten years, it was specifically pointed out that under Dr. Tunnicliffe’s leadership, the WEA was not only led out of a very challenging situation (with some doubts about its survival), WEA became established and recognized as one of the world’s three global church bodies. Today, the WEA represents more than 600 million evangelicals to governments, the United Nations, media, and other global faith bodies.

Multiple speakers commended Dr. Tunnicliffe for his “incredible people skills”, as he has drawn many leaders into the WEA, enabling them to contribute their expertise and skills to serve the global evangelical family. Rev. Joel Edwards made this point by asking those present: “How many of you have been ‘tunnicliffed’ into the WEA?”

Dr. Tunnicliffe’s frequent travels have meant a significant sacrifice for his family. His daughter Natasha Tunnicliffe shared a testimony on their behalf expressing her admiration and respect for the ministry of her father. Even though it had not always been easy that he was regularly away for weeks on end she has been deeply touched and inspired by his obedience to God’s calling and his serving heart.

Rev. John O. Smith of the WEA’s International Council then presented Dr. Tunnicliffe with a crystal globe in recognition of his ‘global citizen’ mindset. The globe’s engraving reads: “Geoff, a faithful servant in God’s so loved world.”

As Dr. Tunnicliffe gave his final address, he said that the last ten years had been the “most rewarding and humbling experience of my life.” He expressed his deep gratitude towards the many people who have accompanied, supported and challenged him during his leadership.

He also said that he is very hopeful for the future of the WEA and will remain a life-long champion for its mission, saying: “I am more convinced than ever of the need for this community that seeks to build Christian unity and help the Church collaboratively be salt and light in our world.” Referring to the WEA’s International Council, Executive Team and staff, he also added: “I believe our Alliance is in good hands as it prepares for the arrival of a new Secretary General in the near future.”

The evening concluded with a prayer and blessing for Dr. Tunnicliffe and his family, as they prepare for a new chapter in their lives.

Starting in 2015, Dr. Tunnicliffe will serve as a global strategist or in an advisory role to several networks, organizations and companies, and he will also be writing a book about his tenure with the WEA. 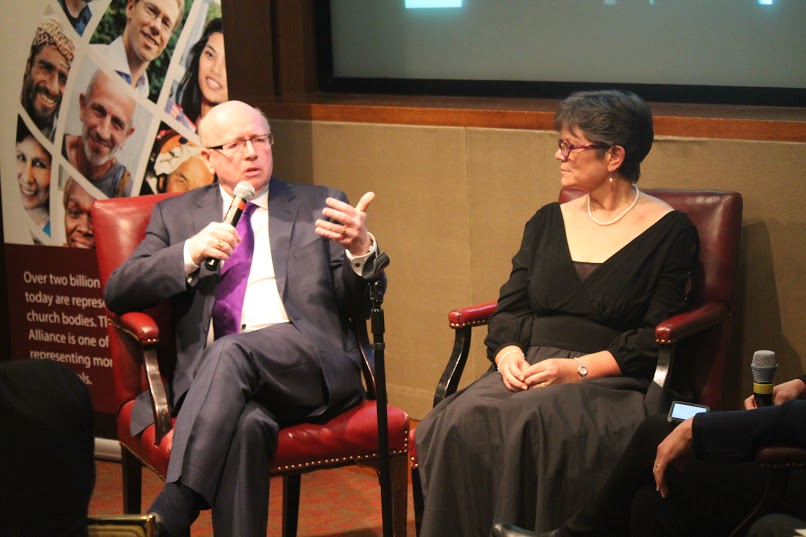 Dr. Geoff Tunnicliffe and his wife, Jewel, are being interviewed about their experience of the last ten years with the WEA. 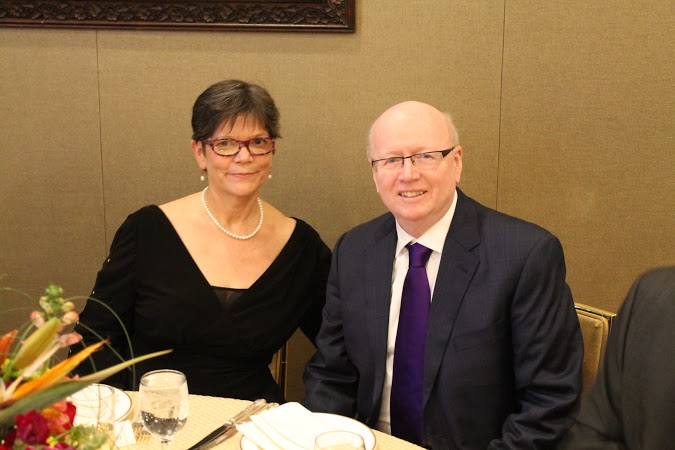 Dr. Geoff and Jewel Tunnicliffe at the farewell dinner in New York. 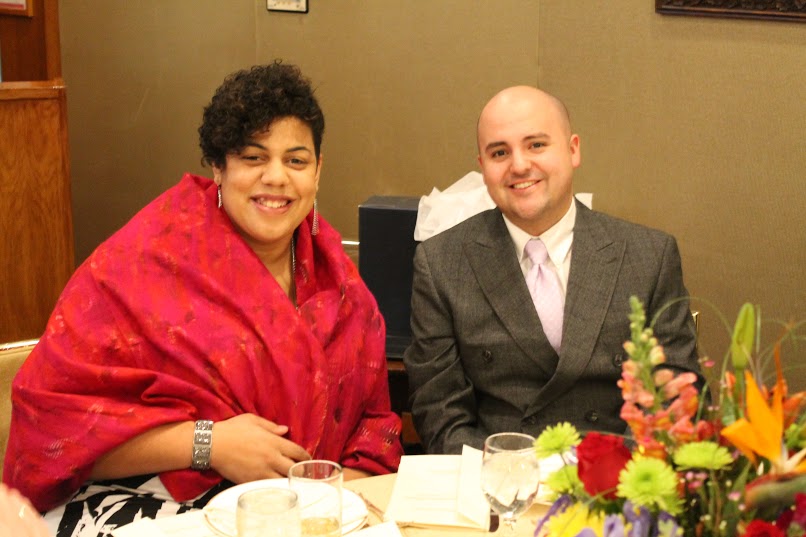 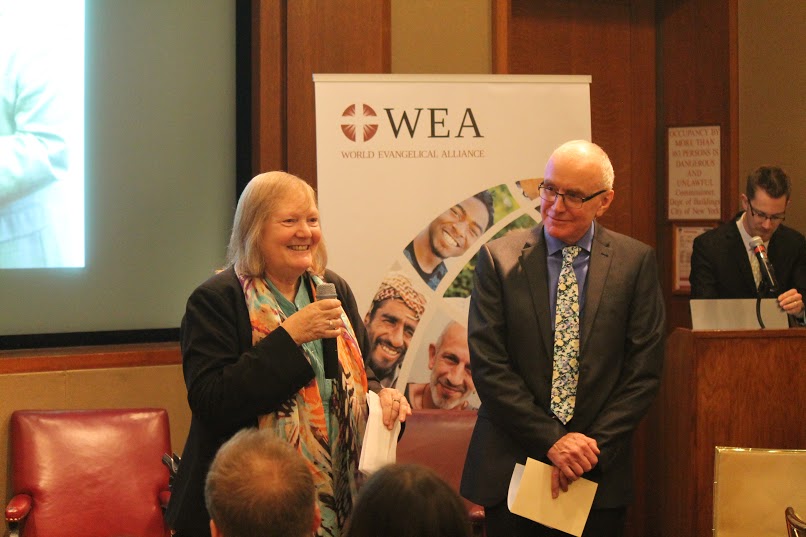 Janet Morgan of the WEA's International Council sharing a story of her experience with Dr. Tunnicliffe. (Right: Gordon Showell-Rogers, Associate Secretary General of the WEA, who served as Maître de Cérémonie.) 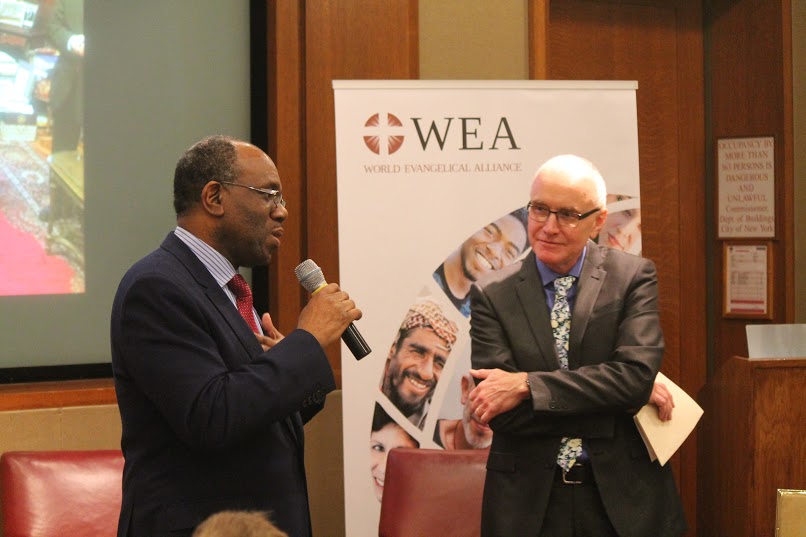 Rev. Joel Edwards, International Director of Micah Challenge, asked those present: “How many of you have been ‘tunnicliffed’ into the WEA?” 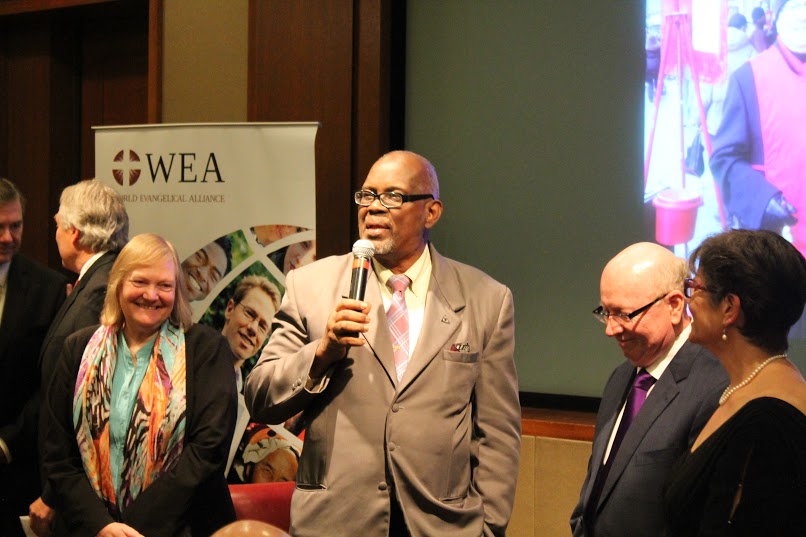 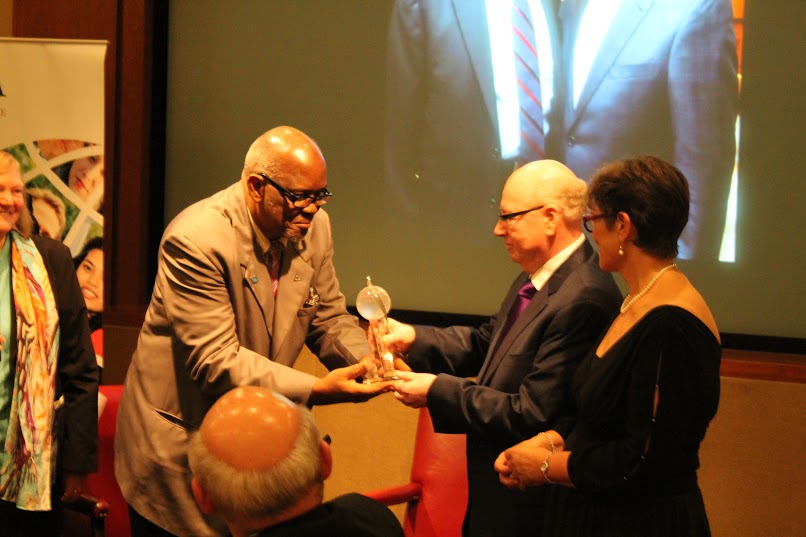 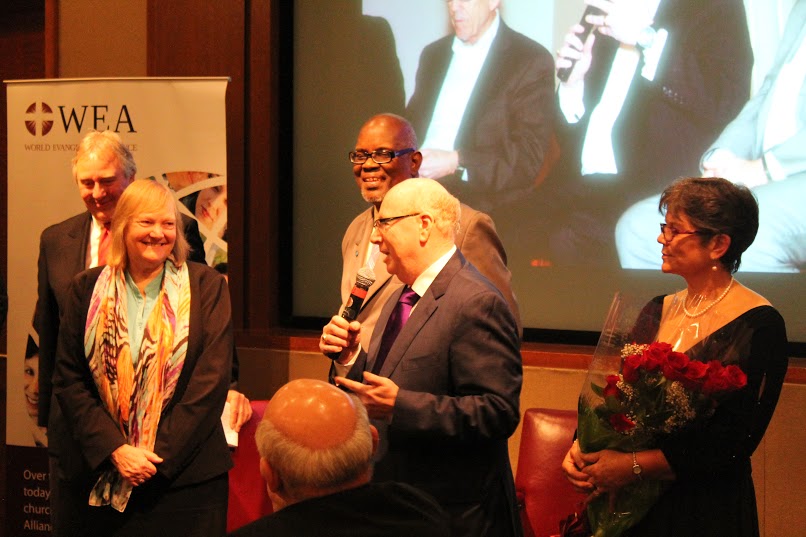 Dr. Tunnicliffe gives his final address, saying that the last ten years had been the “most rewarding and humbling experience of my life.” 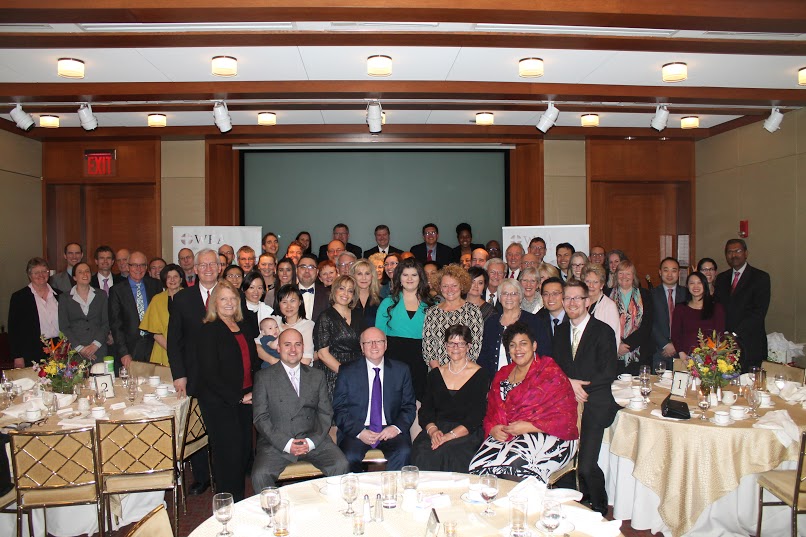