The Pollinator: A Meditation on the Recent Flood Tragedy in Europe from the Creation Care Network

I can still remember this afternoon in July well: At our home in Hennef, a little west of Bonn/Germany, it rained unusually hard and unusually long. Rain is part of a normal summer in Germany. But this day was somehow different: It didn’t want to stop raining.

During the night we realized: Something is different. Very different. I have the German disaster warning app “Nina” installed on my smartphone. And it was no longer standing still: flood warnings, news of the evacuation of a village, warnings of the danger of a dam breaking…. We became aware: something is not right. This seems to be something big. But we still had no idea how big it would be. 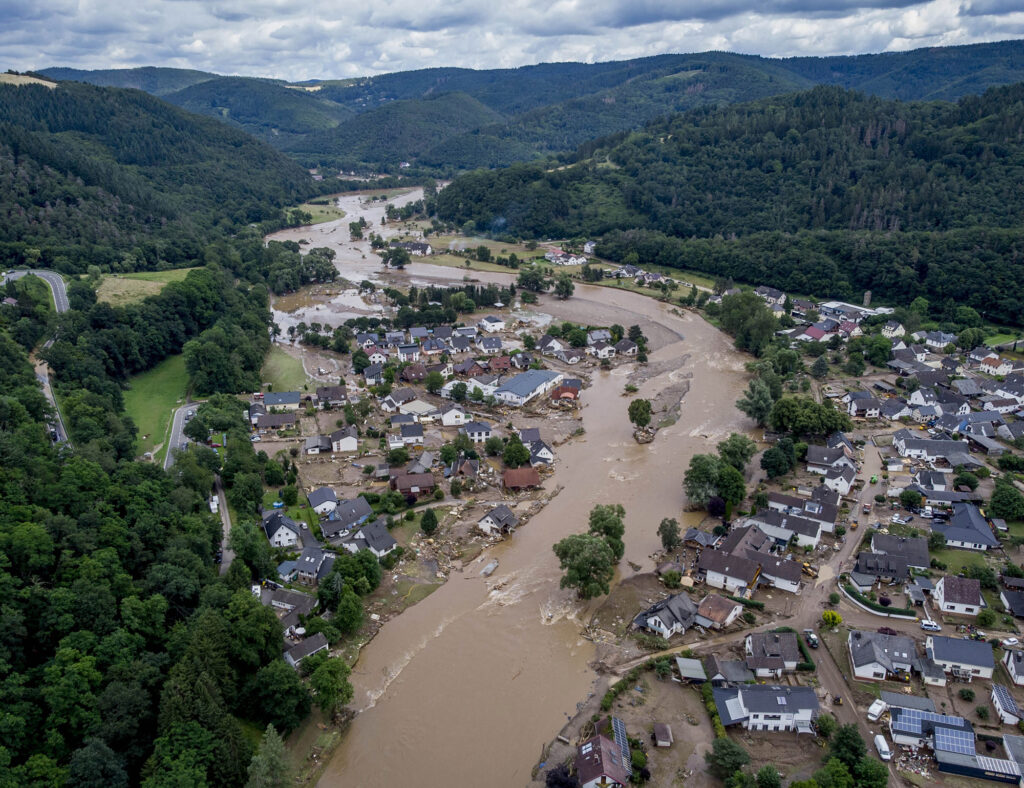 The next morning brought the first disaster reports: Only about 60 kilometers from our home, east of Bonn, nothing was the same anymore. Whole villages had been razed to the ground during the night by the masses of water, families were rescued by helicopter from the roofs of their houses trapped by water. Torrential rivers had rushed through the historic streets of tranquil and picturesque tourist towns, taking with them everything that stood in their way. The terrible realization was that this included people who could not get to safety in time. Several friends of ours and members of churches in Bonn whom we have known for years were affected, some of them in the worst way: Missing family members, flooded houses, cars washed away, destroyed interior furnishings.

The situation in the disaster area is still terrible almost two weeks after the night of the catastrophe. But what moves us at a deeper level in these times is the spiritual dimension of these terrible forces of nature. It had gone through the world media that one of the worst hit small towns in the Ahr Valley was named “Schuld” (English: guilt). A few days after the catastrophe, Chancellor Merkel also travelled to the scene: she visited the village of Schuld. I still get goose bumps when I say these words: the head of government of one of the richest countries in the world trudging through the rubble of “guilt”.

Understandably, little is said about it in our German media. It is, after all, “just” a place name, like any other. But as spiritually sensitive people, we can’t help but at least pause at this point. Names have something to say to us. And even if we don’t want to give room to quick and simplistic conclusions, this strange “coincidence” makes us think. The whole of Germany, a whole nation, for a few days even the entire world public and the global media, looking at “guilt” and stunningly contemplating an extent of death, destruction and suffering as a result of a natural disaster hitherto unknown in Germany. And we ask ourselves how something like this could happen in our seemingly safe Western world.

A friend from India, who is involved with us in the global efforts for creation care, wrote to me shortly after the catastrophe in view of my report on dead and missing people as a result of the natural disaster: “That is a huge number for your region.” She had visited the region herself a few years ago as part of the COP23 climate conference in Bonn and had also helped to organize a church service here with a focus on creation care. But if we’re being completely honest: At that time, all visitors to this service probably thought: Well, this is the safe part of the world here. Natural disasters as a result of unleashed climate change occur in other parts of the world. The fact is: that was yesterday. It is urgently time to rethink. The catastrophic consequences of climate change have also reached my home in Bonn.

The solidarity with the affected people is terrific: helpers from all over Germany have arrived and are giving their all. The local Evangelical Alliance is experiencing unity as never before. They help together, in rubber boots and with shovels. Very practical – for the local people the most convincing and loving proclamation of the Gospel.

But in the hustle and bustle of all the helpfulness, we don’t want to miss out on perceiving the spiritual dimension of what is currently happening on our doorstep. Because of the catastrophic situation on the ground, the small town of “Schuld” is still closed to private individuals. However, no one can prevent us from visiting the place of “guilt” in our thoughts and prayers to find out what God wants to show us there.

With prayer and thankfulness for God’s forgiveness,

Matthias Boehning,
[Matthias is Director of the WEA Sustainabilty Center in Bonn.]