The International Council of the International Society for Human Rights (ISHR) unanimously re-elected Thomas Schirrmacher for a second term as president at its two-day session in Bonn, Germany. 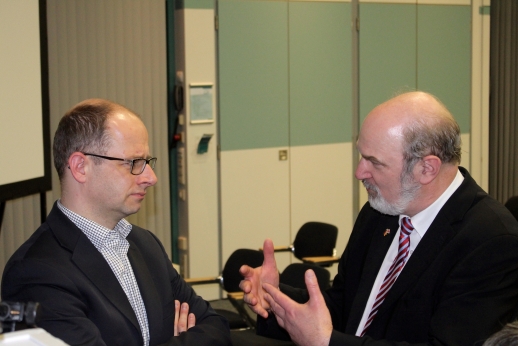 Karl Hafen was elected as treasurer, following long term treasurer Henriette Baroness de Payreburne, who did not run again due to her age. Schirrmacher thanked Lady de Payreburne for overseeing the finances in troubled water of the last years and for a lifelong investment into the International Society for Human Rights in different leadership positions.The International Council accepted the ISHR Montenegro, represented by its Chair Ilir Lleshi, as a new member. It welcomed representatives of new national groups in progress in Iraq, Kurdistan and Turkey. 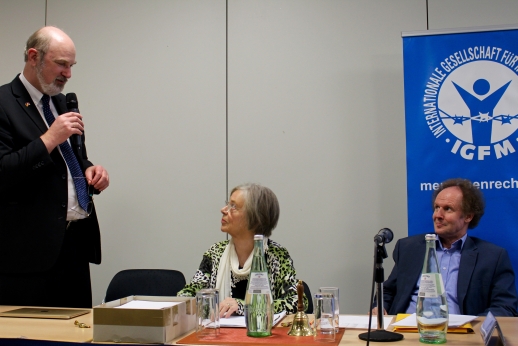 The renowned German human rights activist specialising on human trafficking and religious freedom Schirrmacher holds four earned doctorates, is a professor of ethics in Germany and Brazil, and holds chairs in International Development in India and in Sociology in Romania. He has given guest lectures worldwide at universities on all continents and has testified on human rights in many parliaments. His commitment to human rights protection has brought him into personal contact with presidents, prime ministers, and cabinet ministers from many countries, as well as with religious leaders such as the Pope, the Ecumenical Patriarch, and several grand muftis. The World Evangelical Alliance, which he has served for many years, represents 600 million Protestant Christians. He is the author of 98 books translated into 18 languages. 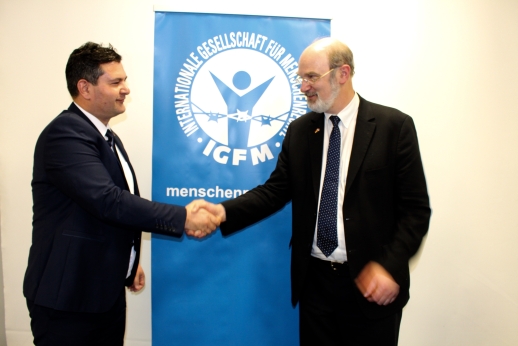 The General Secretary, the Chair of the section in Uzbekistan, Prof. Dr. Marat Zakhidov, was reappointed in a following first board meeting. Schirrmacher said that Zakhidov is the living evidence for the fact that many national sections of the ISHR grew out of illegal underground organizations in the era of the Soviet Union and were founded in the follow-up states of the Soviet Union after 1990. As a human rights activist who was active and suffered under communism, and who is still active in a country where it is not without danger to speak up for all human rights, Zakhidov is a fitting representative for ISHR.

The International Council is made up of representatives of the national sections. The term of office is four years, with the new term running 2016-2020.The ISHR has consultative ECOSOC-status with the UN, associate status at the Department of Public Information of the UN, and consultative status at the European Council in Strasburg and the African Union.


The new board of the International Council of the ISHR:

President:
Treasurer:
Vice-Presidents:
Consultants to the Board:
General Secretary: