On February 6-9, global and regional leaders of the World Evangelical Alliance (WEA) met in Tegucigalpa, Honduras, ahead of the International Leadership Forum (ILF), to explore how to work together in new ways to more effectively serve their grassroots church constituency in 129 National Evangelical Alliances. Hosted by the Confraternidad Evangélica de Honduras, the leaders of Regional Evangelical Alliances, the WEA Executive Team and members of the WEA International Council held a facilitated conversation about the respective roles of global and regional leadership in their shared 21st century context.

“We grew closer, and experienced wonderful answers to prayer, as we heard different cultural perspectives about changes necessary for maximum impact at this stage of history. We together reached clear and strong consensus about our shared vision and purpose. We agreed wholeheartedly that we wanted, together, to build structures that will most glorify Christ,” said Gordon Showell-Rogers, Associate Secretary General of the WEA, who was managing the conversation over the past months leading up to the meeting in Honduras.

The meeting addressed questions arising from both gaps and overlap in services to the constituency. Discussions focused on clarifying roles and responsibilities in the face of shifting global realities, affirming the need for strong Regional Evangelical Alliances. While recognizing the different contexts of each region, the whole group agreed on a mechanism to implement necessary changes to strengthen the ‘one Alliance’ at all levels: global, regional and national.

Reflecting on the outcomes of the meeting, Glyn Carpenter, Chairman of the South Pacific Evangelical Alliance, said: “The pre-ILF meeting with Regional Alliances, WEA Executive Team, and International Council exceeded hugely my expectations. I think it probably exceeded everyone's expectations. Someone said that people will talk about the WEA pre-Honduras and post-Honduras - and they were absolutely right. I really sensed a fresh sense of oneness and unity among the leaders gathered and renewed sense of purpose. We are one family.”

Conclusions from the meeting will now inform the broader conversations taking place at the International Leadership Forum (ILF) on February 9-14. The ILF also includes representatives of WEA networks and global partners, and a cross section of national Evangelical Alliances. 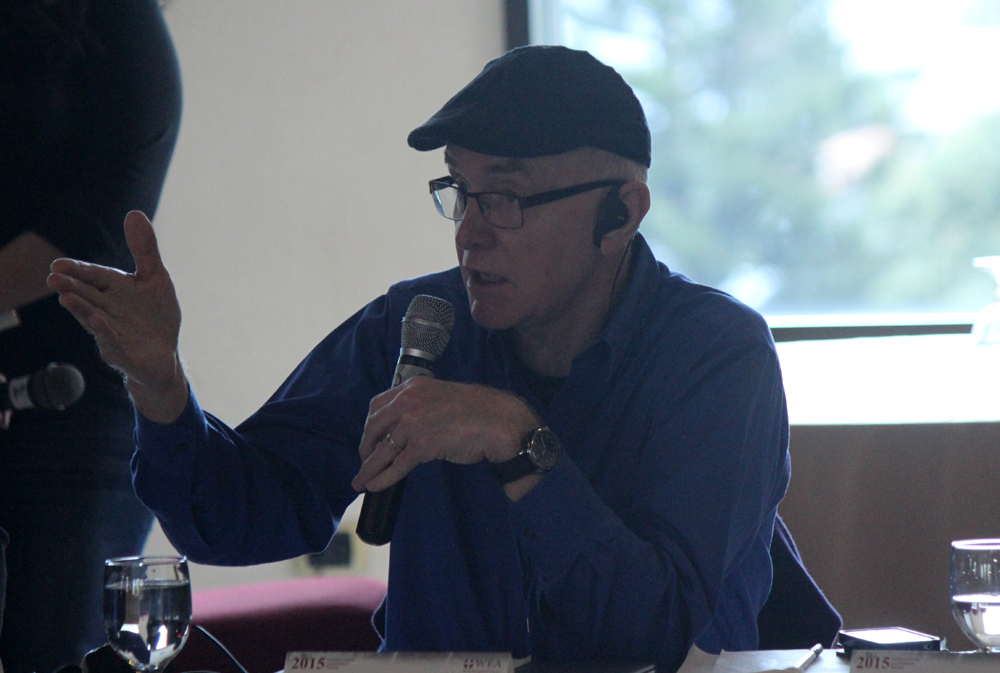 Gordon Showell-Rogers, Associate Secretary General of the WEA, has led the conversations between regional and global leadership for the past months. 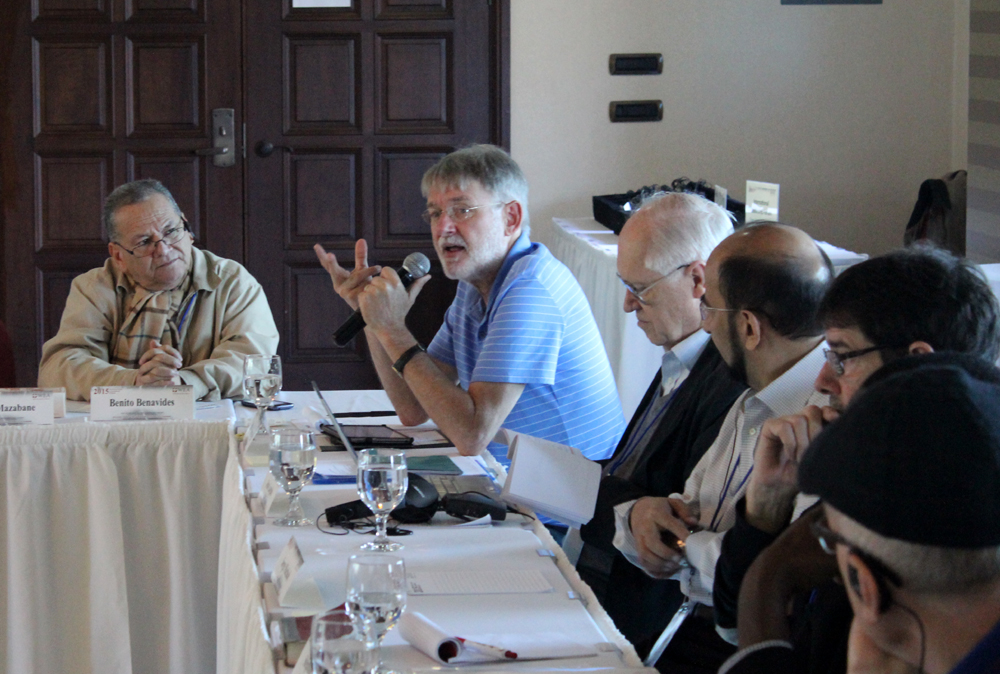 Valdir Steuernagel from Brazil participated as one of the members of the International Council, the board of the WEA. 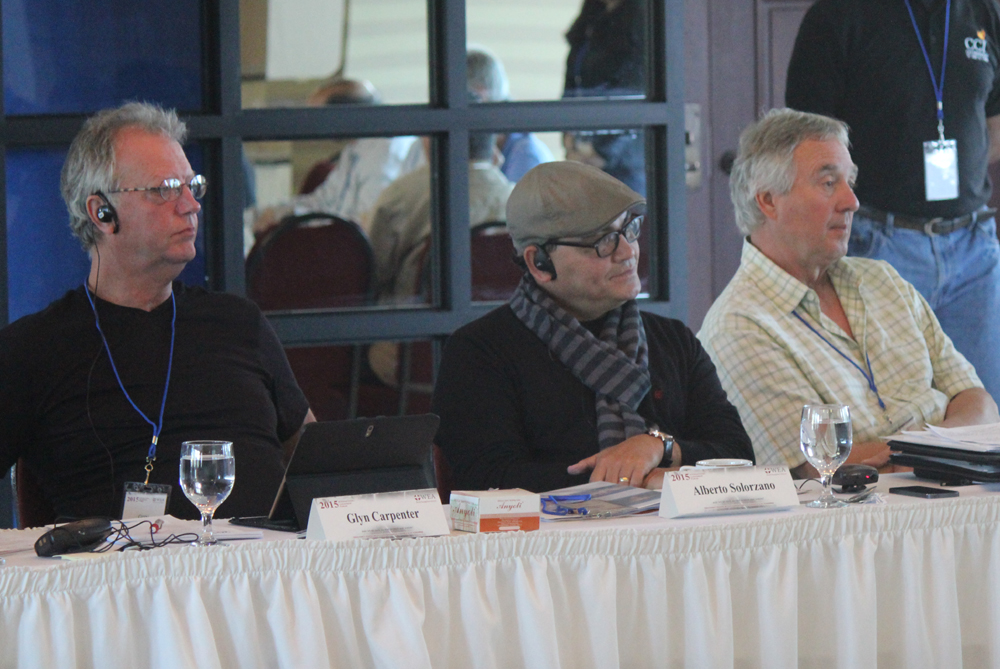 Rev. Alberto Solorzano (middle) is President of the Confraternidad Evangélica de Honduras (CEH) and current President of the Alianza Evangélica Latina. The CEH hosted the weekend meeting as well as the International Leadership Forum 2015 in Tegucigalpa, Honduras. On the left is Glyn Carpenter from the South Pacific Evangelical Alliance, on the right Ken Artz, member of the International Council. 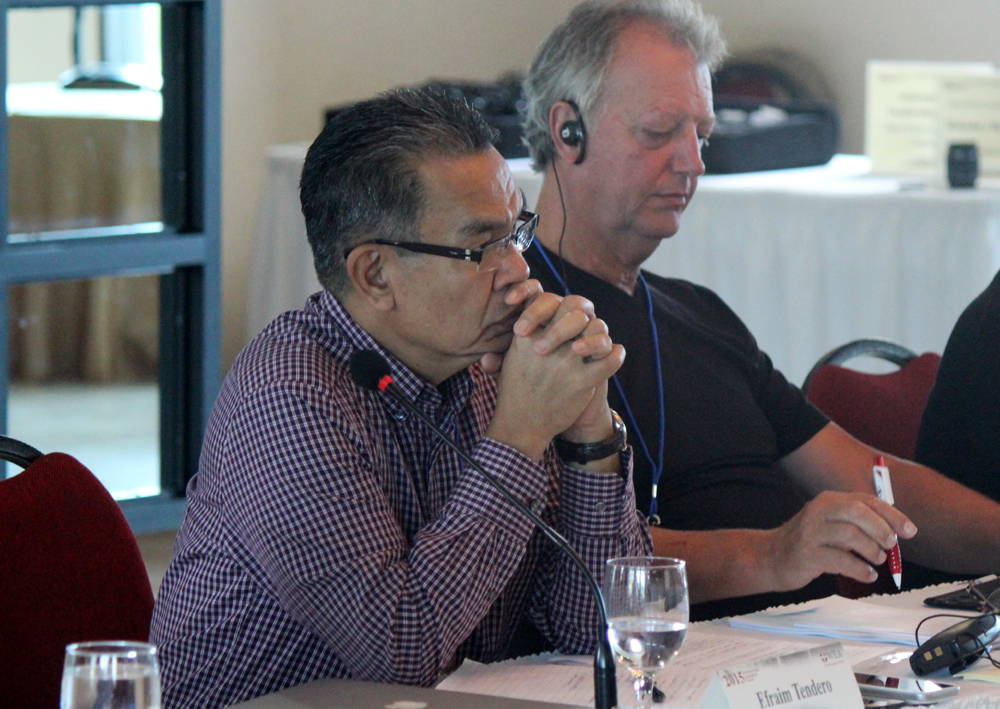 Bishop Efraim Tendero, WEA's Secretary General designate, also participated in the conversations on how to more effectively serve the WEA's constituency in 129 nations. 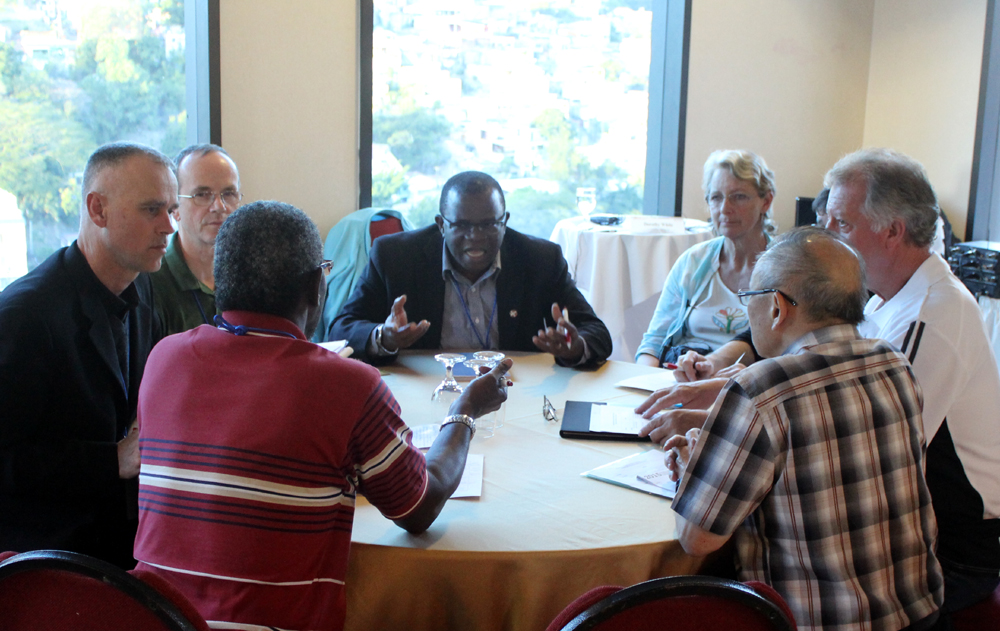 Participants in a break out group discussion. Present were some 20 representatives from Africa, Asia, the Caribbean, Europe, the Middle East, North America, Latin America, and the South Pacific.