WEA Leaders Convene with Alianza Evangélica Latina’s Board of Directors 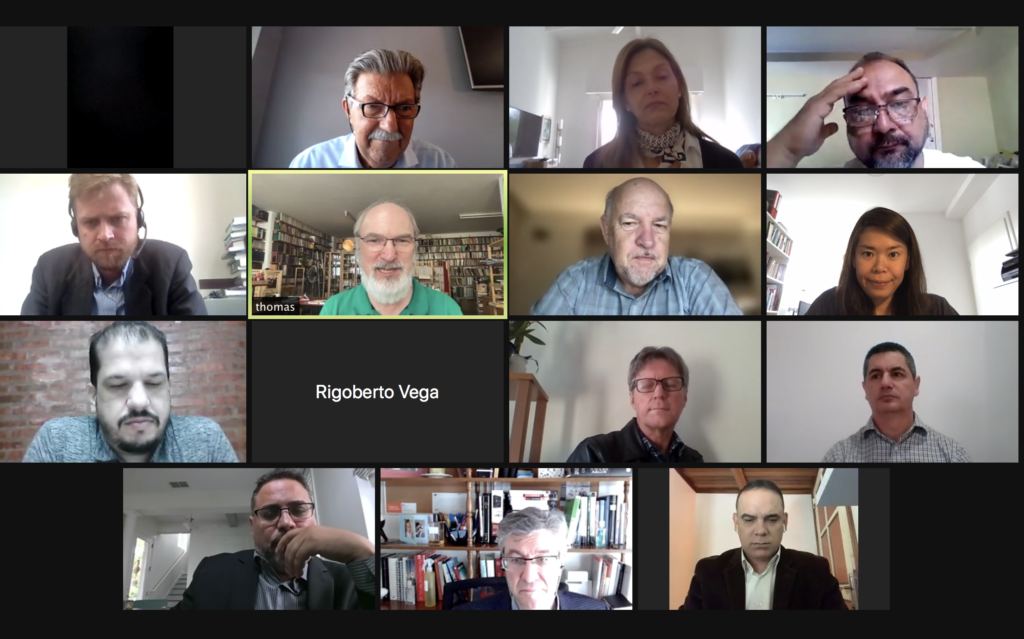 In the beginning of July, World Evangelical Alliance (WEA) leaders met with Alianza Evangélica Latina’s (AEL) Board of Directors online.

WEA Secretary General Bp. Dr. Thomas Schirrmacher, Deputy Secretary Generals Rev. Dr. Brian Winslade and Dr. Peirong Lin, as well as Dr. Dennis Petri who heads up the International Institute for Religious Freedom met the Board of Directors of the Latin Evangelical Alliance that brings together 22 countries of the continent.

The meeting focused on the joint work of the AEL and the WEA as they look towards the future of the evangelical alliances of the continent and how the gospel is advanced with clear steps.

During this meeting, the progress and agreements with the OEA were shared, for which the WEA Secretary General acknowledged the growth of the churches in Latin America and expressed his desire that the Latin American Church secures its place through AEL in the WEA.

The President of AEL offered to take concrete steps in the proposed direction, thus strengthening relationships in order to achieve greater effectiveness in this new time when they need to strive for the greater glory of God.

On the occasion, the report to be presented to the alliances with the work of AEL in 2020 was also approved. The report shows the statistics of the growth of Christians and churches in the continent as well the report from the different commissions.

The preparations are underway for the next General Assembly to be held from October 18 to 22, where the OEA and the WEA were invited to participate.

At the end of the meeting, they shared a time of prayer for the difficult situation in Haiti due to the assassination of the president by unknown armed groups, at the request of Pr Nersido (President of the Evangelical Alliance in the Dominican Republic).

Church in Cuba Shares Statement on Recent Unrest, Calling for Peace and Freedom of Speech