History of the European Evangelical Alliance: 1990s and First Decade of 21st Century 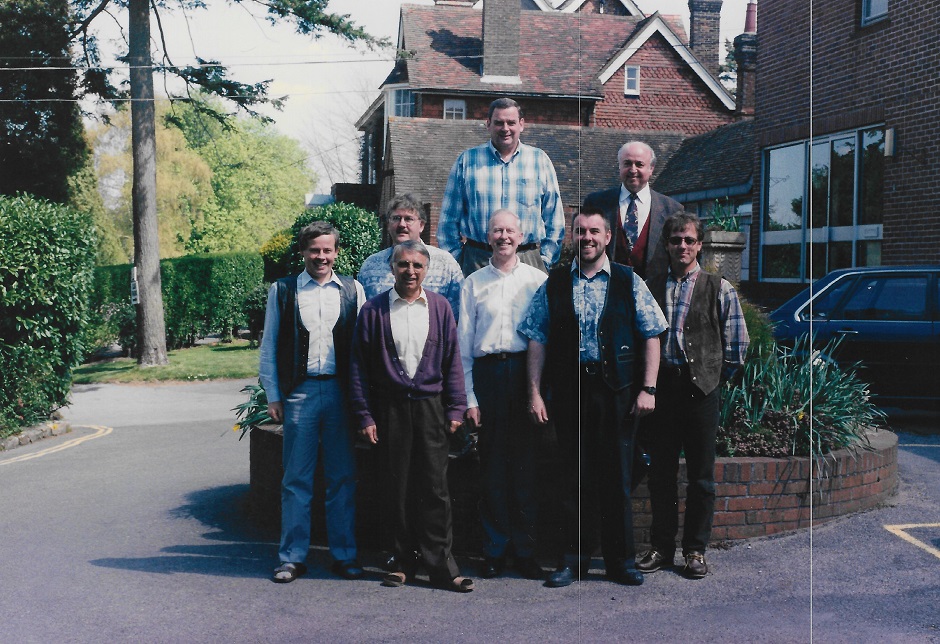 Some issues from earlier periods did not go away. At the 1991 GCM, the BEA once again raised the issue of a full-time general secretary, and the EEA board considered it during the following year. The board was generally open to the idea—but only if the BEA would cover the cost! The British rightly responded that it would be unhealthy for the EEA to be so dependent on a single financial source. Instead, it was proposed to include a contribution towards the salary of a full-time general secretary in each of the national EAs’ budgets for 1993–1994.(2) The general secretary at the time, Karl-Wilhelm Hees of Germany, had proposed an arrangement by which each member EA would contribute financially to the EEA in proportion to the size of its own national budget.(3)
There are no sources indicating any response to Hees’ proposal. However, in 1992 the EEA found a different solution. Stuart McAllister of Operation Mobilisation (OM) was nominated and elected as general secretary, giving the EEA 25 percent of his time.(4) As McAllister remained on staff with OM and was raising his personal support, he did not have to rely on an EEA salary. Soon thereafter, an office was established in Vienna, Austria and McAlister’s secretary, Susanne Bart, also began to work part-time for the EEA, again sustained financially by a personal support team.
Already in 1991, a committee was working on a revision of the EEA constitution and bylaws, which the GCM approved in 1992.(5) For the first time, explicit references to defending religious freedom were added, at the request of the Spanish EA. Another new purpose was to represent evangelicals to churches, governments, and the general public across Europe.
Also at the 1992 GCM meeting, the EEA’s financial situation, especially in light of the cost of its plans to establish a socio-political office in Brussels, was discussed intensively. As one council delegate emphasized, ‘It is quite dangerous for two countries [the UK and Germany] to carry the EEA financially.’(6) The challenge to retain financial stability would continue for some time, especially as the budget grew from approximately 113,000 euros in 1999 to 337,000 euros in 2006.(7) Derek Copley, who became EEA president in 1996, wrote in a letter of September 1996:
We are still living in a somewhat unreal world in EEA. We only survive because of the personal support to the McAllisters and Susanne and if they were to disappear, then we would be in real difficulties. Somehow we need to build up greater financial resources on an annual basis so that we are well prepared if we actually need to use the money in future.(8)
Indeed, in summer 1997, McAllister announced his resignation; he left at the end of the year to join Ravi Zachariah International Ministries. It took some time to identify a successor, and not until early 1999 did Gordon Showell-Rogers, previously with International Student Christian Services (ISCS, now called Friends International), who had also served with the International Fellowship of Evangelical Students (IFES) as Austrian director, assumed the position of general secretary. He too brought his own financial support structure with him.
The first years of Showell-Rogers’ leadership were characterized by continuing growth, as new national EAs came into existence and many of them promptly joined the EEA: Turkey, Finland and Poland in 2000, Latvia and Macedonia in 2002, Sweden (re-joining) and Kazakhstan in 2003, and Ireland in 2004.
Another structural innovation was the introduction of an affiliate membership. In 2001, the Council created this new membership category, and various pan-European evangelical agencies joined the EEA as affiliate members soon afterwards. These included the European Educators Christian Association, the International Bible Society, Trans World Radio (all three of these had previously been ‘extraordinary’ members), Agape, Greater Europe Mission, IFES, International Teams, the Zacharias Trust, Scripture Union, TEMA/Mission and Youth for Christ (all 2001); Viva Network (2002); the Luis Palau Evangelistic Association and OM (2003); and Jews for Jesus (2004). Other achievements included the launching of an EEA website and the appointment of associate staff members, who helped to increase the organization’s capacity in youth ministry, leadership development and fund raising. Showell-Rogers’ greatest strength was on the relational side, connecting well with many of the NEAs and networking effectively.

At the 1994 GCM, EEA general secretary McAllister indicated that he still did not have clarity on his exact role. He raised several strategic questions: What needs to be done to strengthen national EAs and establish new ones? How intentional are national EAs about recruiting new members within their country? How can we handle our financial challenges? A 1996 document called ‘Towards a Healthy Evangelical Alliance’, composed by president Copley, addressed how to help boards of national EAs become more visionary, representative and strategic in their work. In spring 1996, an action plan for the years 1996 to 1999 was established. Following are some of the points contained therein:

As mentioned above, at the end of 1997 Stuart McAllister resigned as general secretary of EEA and Gordon Showell-Rogers was appointed as his successor. Rudolf Westerheide, at the time an EEA board member, summarized why the board was proposing Showell-Rogers as the new general secretary:
For a long time, we have been trying to lead the EEA into a new era. However, now we are at the point where we need to build up what has been begun. Stuart [McAllister] acted as a catalyst, opening new things, pushing forward with vision and strategic thinking. The vision is set. Now we need to consolidate, and this would require a different type of person than Stuart was.(10)

Besides developing its own ministries, the EEA also began to become involved in other initiatives, such as the European Round Table (ERT), a 1991 initiative that sought to connect major evangelical players and networks in Europe to foster greater cooperation and more effective evangelism. The groups invited to become part of the ERT included the EEA, the Lausanne Movement, AD2000, Discipling a Whole Nation (DAWN), the International Charismatic Coalition, and the Coalition for the Evangelisation of Europe (CEE), which consisted of OM, Youth with a Mission, Youth for Christ, Campus Crusade or Agape, and IFES. Out of the ERT grew the vision for Hope for Europe in 1994, co-sponsored by the EEA and the Lausanne Europe Committee. Hope for Europe was a relationally based network of evangelical leaders from across Europe, aiming at five goals:

In May 1996, a first New Europe Forum Conference was held in Brussels, followed by further conferences in the subsequent years. Hope for Europe continued to operate into the following decade. A ‘Hope 21’ conference (so named because it was looking forward to the twenty-first century) under the theme ‘Shaping Europe’s Future Together’ was held in Budapest from 27 April to 1 May 2002. It was co-sponsored by the EEA, the Lausanne Committee and the CEE, with some 25 different two-day consultations conducted by various networks in addition to plenary sessions and national consultations. In his 2002 annual report to the EEA General Assembly, Showell-Rogers wrote that he believed the three main goals of Hope 21 had been wonderfully achieved. He described them as follows:

However, the EEA’s desire to clarify its long-term relationship with Hope for Europe did not lead to a partnership agreement as hoped, but only to a memorandum of understanding.(13) In retrospect, Showell-Rogers concluded:
My Job Description had expected 80 percent of my time to be spent on ‘Hope for Europe’ (HfE)—which was perceived as the viable vehicle for European cooperation. For all its vision and potential, I soon recognised that this vehicle would struggle to provide continuity for Europe’s evangelicals, and that the EEA (constituted and with a core constituency) also needed strengthening at its core. That became clear to others (though it took time to process the full change of paradigm). An external friend of the EEA facilitated joint meetings of the EEA, the EEMA (whom I believed needed to be central to the conversation) and the HfE processes—leading eventually to a Partnership Agreement between the EEA and EEMA and a Memorandum of Understanding between EEA/EEMA and HfE.(14)

Along with the EEA’s numerical growth during this period, key new initiatives were also introduced. At the core of this expansion was the EEA’s socio-political work at the European Union (EU) institutions in Brussels, starting in 1993 under the leadership of Julia Doxat-Purser. Although the initial agreement was for a trial period of one year(15) , the work in Brussels soon became a vital part of the EEA’s ministry, looking at how evangelicals could contribute to and influence EU policies while also representing evangelicals to EU institutions.
The beginning of this undertaking was not easy. Doxat-Purser wrote in retrospect:
Back in 1994, few EAs engaged in politics and most Evangelicals saw socio-political engagement as a distraction from the Gospel, rather than part of their Gospel mission. Some, especially Germans, thought it would be dangerous to be involved. If the Brussels rep was to represent Evangelical views to the EU, then Evangelicals needed to have views. We didn’t! … So EEA stuck almost exclusively to religious freedom.(16)
A 1996 document described the purposes of the EEA ministry in Brussels in more detail:

Subscribe
PrevPreviousEAUK Speaks Up on the Challenges Around Conversion Therapy
NextHistory of the European Evangelical Alliance: 2010 to the PresentNext