The World Evangelical Alliance (WEA) is pleased to welcome two new Deputy Secretaries General (DSG) as well as a new Development Director who will join the senior leadership and bring greater strength to the global church body that serves some 600 million evangelicals in 140 countries. The two DSGs, Dr. Peirong Lin and Rev. Dr. Brian Winslade, will join incoming WEA Secretary General & CEO Bp. Dr. Thomas Schirrmacher as he assumes leadership of the WEA on March 1. Steve Hubley has been appointed as Development Director with immediate effect.

“We are excited about the new appointments and warmly welcome Peirong, Brian and Steve to the Senior Leadership Team of the WEA. Each of them brings unique gifts and a wealth of experience to their respective new roles and we are looking forward to seeing how God will use them to strengthen the WEA organizationally and in the impact of its ministry,” Bp. Efraim Tendero, WEA Secretary General, and Bp. Dr. Schirrmacher jointly commented. “All three of them have already served with the WEA in other roles and will now be able to explore new opportunities to use their God-given qualities to serve our members, partners and beyond.” 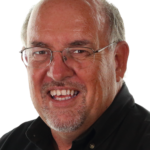 Rev. Dr. Brian Winslade from New Zealand will assume the role of DSG for Ministries and also head up the Alliance Development Department. He was elected to the WEA’s International Council in July 2018 and more recently served as its Secretary. He has also been part of the board of the New Zealand Christian Network, WEA’s national Alliance member, and currently serves as Senior Pastor of Hamilton Central Baptist Church. Brian has also served the church in Bangladesh, Australia and the United States and has leadership experience as CEO of the Baptist Union of New Zealand and then as National Director of the Baptist Union of Australia. He has a great passion to see Evangelical Alliances develop and thrive and is looking forward to connecting with each of them over the coming months.

Godfrey Yogarajah who will conclude the DSG for Ministries position later this month has been elected as a board member and will join the International Council. 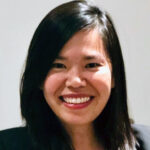 Dr. Peirong Lin, originally from Singapore and now living in Bonn, Germany, will become the new DSG for Operations. She has served in the Theological Concerns Department of WEA as Human Resource Director and Research Coordinator since 2018. She also worked with different departments in the WEA such as the recent roadmap working group outlining the organizational strategy for the coming years. Peirong combines theology with her organizational experience. She coordinated the Institute of Leadership and Social Ethics in Evangelische Theologische Faculteit in Leuven, Belgium while completing her doctoral studies. Previously, she was part of the Human Resource department in the Asia Pacific region at World Vision, helping to build capacity of national offices in the region.

Rev. Ray Swatkowski who has served in the operations role will become the new Chief Financial Officer overseeing the area of finance, which has grown significantly over the past two years with increased development activity. 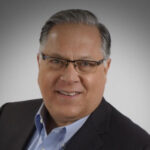 Steve Hubley from Canada has assumed his new role as Development Director as of beginning of this month. He has extensive experience in development working with non-profit and social profit sectors in North America for 35 years, operating both his own agency and serving in leadership in others. He has already served as Associate Development Director for the past year and will now assume full leadership of the department. His will focus on nurturing WEA’s support base, encouraging National Alliances in building indigenous support and assisting in matching donor interests with projects of the WEA as well as of Regional and National Alliances.

Up to Mr. Hubley’s appointment, Brian Stiller had served as Interim Development Director for the past two years laying the foundation and building up a multi-staff development department. While handing over the department leadership, he will continue to mentor and support the team in their efforts to strengthen the WEA’s financial base. He also remains part of the WEA as its Global Ambassador, a role he has held for many years.