A professorship dedicated to the topic of “religious freedom and research on persecution of Christians” is a novelty in German speaking areas. At the inauguration special emphasis was placed on the universality of the human right to freedom of religion or belief and its positive implications.

BY LENA OHM, COURTESY OF EVANGELISCH.DE

(Bonn, 22.06.2018) On Friday, May 18th 2018, a new professorial chair has been launched at Giessen School of Theology (FTH). The Württembergian pastor Christof Sauer, who previously was research director of the International Institute for Religious Freedom, took over the “professorship for religious freedom and research on persecution of Christians”. According to the evangelical-oriented college it is the first professorial chair of this kind in German-speaking areas. 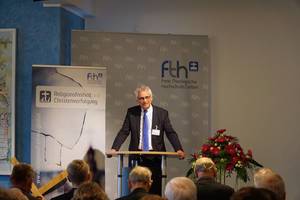 Stephan Holthaus, Rector of the FTH Giessen, regards this as a signal to the scholarly community, that these issues do not only belong on pulpits, but also need to be studied at universities. He emphasized, that not only Christians, but also members of other religious communities experience persecution because of their faith and that their situations too would be the subject of research: “Freedom of religion applies to everybody, and therefore this professorship will stand up for general religious freedom in all countries of the world, and not just for Christians.”

The specification “research on persecution of Christians”, however, was added deliberately, he said, because, as a theological college, “we have a special interest in issues relating to the propagation of the Christian faith”. Moreover, Christof Sauer added, the term “religious freedom”, which covers primarily the human rights concept, does not include all phenomena one had to deal with. “If, for instance, a girl in India turns to the Christian faith and her Hindu parents therefore disinherit her, this is no violation of human rights – as long as no violence is used”, Sauer said, “but, of course, it is a form of religious discrimination.” Such issues require, according to Sauer, a perspective specific to the church that is Christian and theological and therefore, in his opinion, the topic is in good hands with a place of theological education. 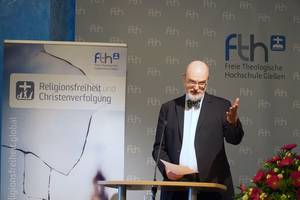 Associate General Secretary of the World Evangelical Alliance, Thomas Schirrmacher, sees no “either-or” principle in the concept of the professorship: “We stand up for our family, and likewise, of course, for the families of others.” Already from its inception, the Alliance regarded the two topics of mission and religious freedom as two sides of the same coin, according to Schirrmacher. “Religious freedom creates peace, religious oppression creates upheaval. This discovery, new at that time, has time and again proven true in the course of history”, Schirrmacher said. It is very much hoped that the establishment of this professorial chair will not remain a singularity, but will have ground breaking character – after all, one wouldn’t carry out women’s policy without consulting women’s associations either.

The topic of persecution of Christians around the world has been placed on the political agenda of the Federal Republic of Germany by a “Major Interpellation” in the Federal Parliament in June 1999 by Herman Gröhe, together with other CDU/CSU members of parliament. Gröhe said, he is still pursuing this goal almost twenty years later – but he insists that political engagement with the subject depends on precise information and cannot not be based on “well-meaning alarmism”. His hope ist that the new professorship would contribute to such precision by scholarly monitoring of the topic. The deputy caucus leader and commissioner for churches and religious communities of the CDU/CSU parliamentary group also challenged all Christians to not always see themselves only in the role of the victims, but to reflect and to realize that freedom of religion is a human right for all – as this would be easily overlooked when it comes to the subject of the building of mosques. On this point many would argue, that in Muslim-majority countries it is impossible to build churches and that the building of mosques should be possible here (in Germany) only, when churches are allowed to be built in those other countries. “But freedom of religion is a birthright, which is not based on reciprocity. Every human deserves respect for his own sake. That respect does not have to be earned. And we as Christians even believe, that this respect is given by God”, Gröhe said. 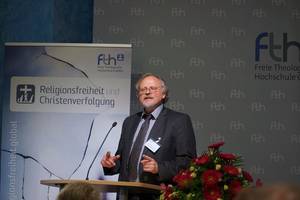 How frequently this birthright to religious freedom is trampled upon worldwide, is illustrated by Heiner Bielefeldt, who was UN Special Rapporteur for freedom of religion or belief until a year and a half ago. The suffering of the Rohingya in Myanmar, of Jehova’s Witnesses in Russia, Yazidis in the Near East, or of Muslim refugees in Hungary. “Every day we receive new reports of human rights violations, but we still have blind spots systematically. We need to ask ourselves whether we lack the antennas for this, or whether they are but wrongly aligned”, Bielefeldt lamented. As an example he pointed to the situation of domestic workers. Hardly anyone would know that tens of thousands of Buddhists live in Lebanon, or possibly three times more Hindus than Muslims in Qatar – people, for whom no religious infrastructure exists. “They are not counted, because they don’t count”, Bielefeldt said. If these people are noted, the keyword “slave-like conditions” is frequently cited – however the restrictions of religious freedom, these people also have to endure, is not mentioned. Therefore Bielefeldt advocates, that religious freedom engagement be placed in a broader human rights framework. “Religious freedom needs human rights, but the reverse is also true. For without freedom of religion the whole human rights claim would be nothing but an empty shell”, Bielefeldt said.

Beside all these theoretical considerations, the director of the FTH, Stephan Holthaus, has also discovered a practical need for this topic, over the past years. “We have over 1,000 graduates in 42 countries of the world”, he explained, “and some of these work in countries, where no religious freedom exists or where Christians are being persecuted. Therefore this subject is so important to us as an officially recognized theological college.” The 140 students of the FTH are now required to closely engage with this complex of themes for one semester. 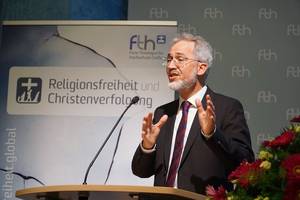 Content-wise, Christof Sauer announced several points of emphasis: Methodological and statistical reflections on country comparisons and on quantifying of persecution form just as much part of this as the retrospect in ecclesiastical history on those killed on account of their faith and as the theological interpretation of the ethical questions arising. “I hope that through our commitment the topics of religious freedom and the persecution of Christians will receive wider recognition”, Sauer said. He has engaged with this bundle of topics already since his university studies – ever since there were no seminar topics offered on “mission and martyrdom” and his professor challenged him to conceive such a seminar himself. This was followed by diverse papers, a mini-thesis, books and finally his habilitation (post doctoral qualification thesis) at the Protestant University Wuppertal/Bethel on the subject “martyrdom and mission”. 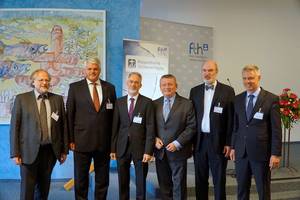