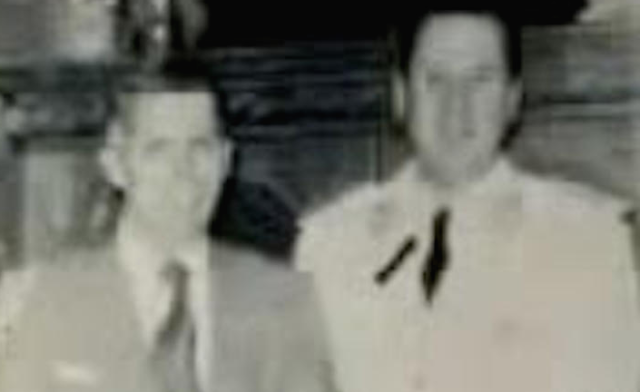 If you think you have grasped the history of Argentina by seeing Andrew Lloyd Webber’s Evita, or having heard “Don’t cry for me, Argentina,” at least do a Google search. The roller-coaster story of politics and economics in this eighth- largest country in the world is like few others. Named because of its rich silver deposits, today the country is rich in potential wealth, resilient, proud in spirit, and wild in its political/military swings. Argentina’s spiritual resurgence has often been obscured by its more colorful and tragic public stories of infighting, hidden deaths, corruption, and economic inversions.

One can picture today’s global church in its contemporary format by seeing here the Protestant church – at least within a Charismatic or neo-Pentecostal form – in its variegating shades.

This land, founded mostly by Italian and Spanish conquerors, has had embedded in its culture a European Roman Catholicism, dominant and unrepentant in its use of power. Faith and national identity were inseparable. As Protestant missionaries arrived in the late 1800s, it was not surprising that they faced hostility from their Catholic counterparts. After all, why convert those who already call themselves Christians?

Tommy Hicks
Then came 1954: Evangelist Tommy Hicks. His meetings, though Pentecostal in organization and manner astounded Argentinians, including missionaries. The story of how it came about is one for the books.

An American, Tommy was a fill-in for another in a planned for series of public meetings in Buenos Aries. He suggested they rent a 25,000-seat stadium, which to the locals seemed loco. A guard at the stadium queried Hicks about healing since he was suffering from pain. Hicks laid hands on him and the man reported instant healing. This opened the door to a possible meeting with President Perón. In requesting the private meeting, Hicks said what he had in mind. When they met, he learned Perón was suffering from a disfiguring skin disease. As he took hold of the president’s hand and prayed, reports say the skin cleared. Hicks got his stadium.

But a 25,000-seat auditorium was not enough. So they moved to the Hurricane Football Stadium seating 110,000. It too overflowed. It was reported that in two months some 3 million attended and 300,000 made public confessions of faith in Christ, with many, many reports of healings.

That triggered the first wave of today’s Christian witness in Argentina. I was introduced to an acronym, used to date evangelical awakening: “BA” or “AA,” – meaning “before Annacondia” or “after Annacondia.”

The 1980s was a particularly troubling decade. Argentina’s economy was a mess, and the Falkland War made it worse. In April 1982 the government invaded the Malvinas Islands which had been occupied by the United Kingdom since 1841. England retaliated and 74 days later the Argentinian military scrambled for home.

The humiliation was huge. People were stricken not only by economic depression, but now their global dignity had taken a hit. Professor of history Pablo Deiros noted that within that moment, there came a wave of Spirit presence, which altered the trajectory of church life across the land.

A wave of new churches
An unknown preacher, simple in his message, Carlos Annacondia, was a surprise. A businessman running a nuts- and- bolts factory near Buenos Aires, in 1981 at 37 years of age, soon after his conversion, Carlos began to preach. His meetings attracted large crowds. His approach was outside of general mainstream Evangelical public decorum: early in each service he would combat evil spirits. This public affront, especially in a large stadium, was seen as odd and extraordinary.

Resulting conversions launched a wave of church planting, which may be unique in the history of the global church. The numbers of new churches were not verified, but reliable leaders speak of thousands in a few years. There in the 1980s, in the valley of public humiliation, the pride of the people – for surely a characteristic of these people is a sense of dignity and pride – became a public emotion in which the Spirit caught their attention, and life for the Argentinians was never the same.

This was taking place in the context of rocky politics, the government at times complicit with the military and falling into disrepute when tens of thousands went missing between 1976 and 1983. The “Mothers of the Plaza de Mayo” became the public voice, insistently calling the leaders to account.

There was also massive corruption. Archbishop Jorge Mario Bergoglio, later to become Pope Francis, was viewed as the archenemy by Presidents Néstor Kirchner and wife Cristina Fernández de Kirchner. His call for justice and against corruption made him a marked man. That was then.

Argentina Today
Even though politics continues to ride an uneven course, the church is marked by a new sense of unity, at least among Evangelicals. Professor Deiros suggests some factors at play: prayer among pastors in cities and towns all around the country; a sharing of resources and churches even taking offerings for other congregations; planting of churches without respect to affiliation or denomination; many churches providing services such as schools, medical clinics, and feeding programs; pastors openly calling for engagement in both actual cases of injustice and systemic injustice. A story other countries would like to emulate.

A special moment in a recent visit was to spend the better part of a day in an area of economic and social stress, with Pastor Ismael Meza and three associates who pastor small churches in an area called ”The Hidden City.” This community sits in the shadow of a hospital begun by Eva Perón, famous wife of the president. Today the structure is called “The White Elephant. “ The day that Eva died in 1952, all work stopped and today it continues to stand empty, sixteen floors casting its image over the surrounding community. Houses of all shapes and sizes have grown up, including 14 churches. They are sparkling gems located in a rather bleak environment, each church immaculate, brightly painted with care and preciseness. We had a sumptuous barbeque in the neighborhood.

Rubbing shoulders with these real heroes reminded me who is rich in faith. As I observed their sturdy but gentle courage, their evident love for the poor, and a buoyant restless energy to do good for others, I sensed the Lord’s smile.