(Bonn, 11.06.2016) The leadership and representatives of the World Evangelical Alliance (WEA) and the World Council of Churches (WCC) have met in the Ecumenical Institute at Bossey, Switzerland to explore and discuss possible areas of future cooperation. 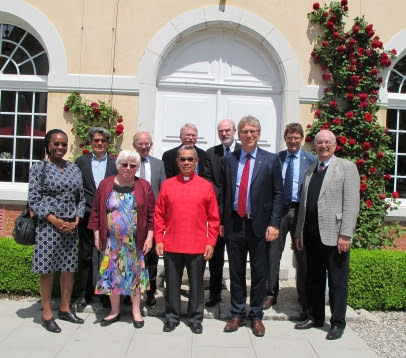 The May 20 meeting featured introductions to the work of the WEA and the WCC, and participants reflected together on current developments in society and churches, and in evangelical and ecumenical movements. The WCC general secretary and WEA secretary general took part. The two organizations shared current plans and discussed possibilities for closer collaboration on thematic areas such as “public witness and peace-building in inter-religious contexts” and “theological reflection, education and formation”.

This was the second meeting with the leadership and representatives, although it was the first meeting with the both heads of organizations present and where perceptions about both the WEA and WCC were discussed.

Rev. Dr Olav Fykse Tveit, general secretary of the WCC said, “Christians and their communities around the world are aware today, as never before, that life itself is in peril. So many dangers – climate change, certainly: but also poverty and economic injustice, threats to health and well-being, violence and war – endanger humanity and can drain our hope. “

Tveit noted, “The ecumenical work and collaboration on advocacy – raising a voice together with those needing accompaniment for justice and peace – is a genuine task for a fellowship of churches who together express faith in the triune God of life,” he said.

“This faith dimension of advocacy for justice and peace should convey hope. In my view, a commitment to convey hope should also be considered as a criterion for the critique of religion.”

Tveit underlined “That is why the World Council of Churches calls on churches everywhere to walk together, to view their common life, their journey of faith, as a part of the pilgrimage of justice and peace, and to join together with others in concrete work for a transformed world. We have to get together to talk, listen and pray together.”

The role of religion and violence was discussed at the meeting.

“All religions can generate extremists,” the WEA general secretary Bishop Efraim Tendero observed, “but Christian teaching about salvation through Christ rejects all kinds of religious violence.”

However, he said: "It is the nature of religions to make truth claims, about what ultimately exists, and how people relate to the divine.

“A religion becomes extremist when it uses force or violence to impose truth claims on other people or to apply those truth claims to its own members. As religious leaders, it is our duty and call to promote, to teach, to foster the peace in our traditions."

Wilf Gasser, Associate Secretary General for the WEA, added that the question of religion and violence is also important in the context of the growing stream of refugees. “How can churches offer humanitarian aid without fuelling tensions between religions? It is important that we help local churches to understand a proper balance between mission and practical support.” 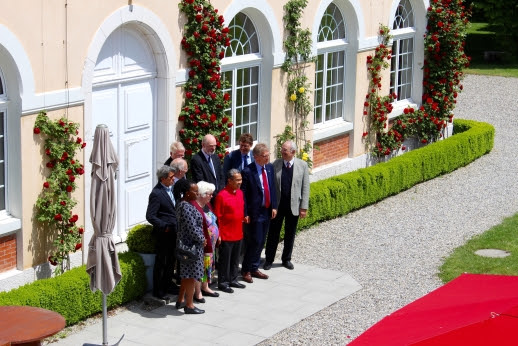 Nearly five years ago the WEA, the WCC and the Vatican’s Pontifical Council on Inter-religious Dialogue (PCID) published an historic document on the ethics of Christian mission – Christian Witness in a Multi-Religious World: Recommendations for Conduct.

Rev. Dr Hielke Wolters, WCC Associate General Secretary for Mission, Unity and Ecumenical Relations said, “This historic document is in part a response to criticisms levelled at Christians by some religious communities in what they perceived to be a use of unethical methods.

“In some case these objections have led to anti-conversion laws and violence. The three main world Christian bodies were able to respond with this document that not only identifies the biblical call to evangelism but outlines the ethical mandates related to the Gospel.”

Dr Clare Amos, the WCC’s programme executive for Interreligious Dialogue and Cooperation, suggested that not all religious traditions currently find it easy to acknowledge that their own religion could be complicit in violence.

“There is a tendency to try and protect the religion itself from such an accusation by suggesting that those who commit acts of violence are not really authentic representatives of that particular faith tradition”, she said.

Placing human rights in their “right place” as core concepts of the Christian worldview was the central tenet of Prof. Dr Thomas Schirrmacher’s presentation at the leadership meeting. He underlined that “human rights are rooted in God’s creation of humans and not only in their redemption; therefore, all people have equal rights and people from many different faiths may be moved to protect human rights.”