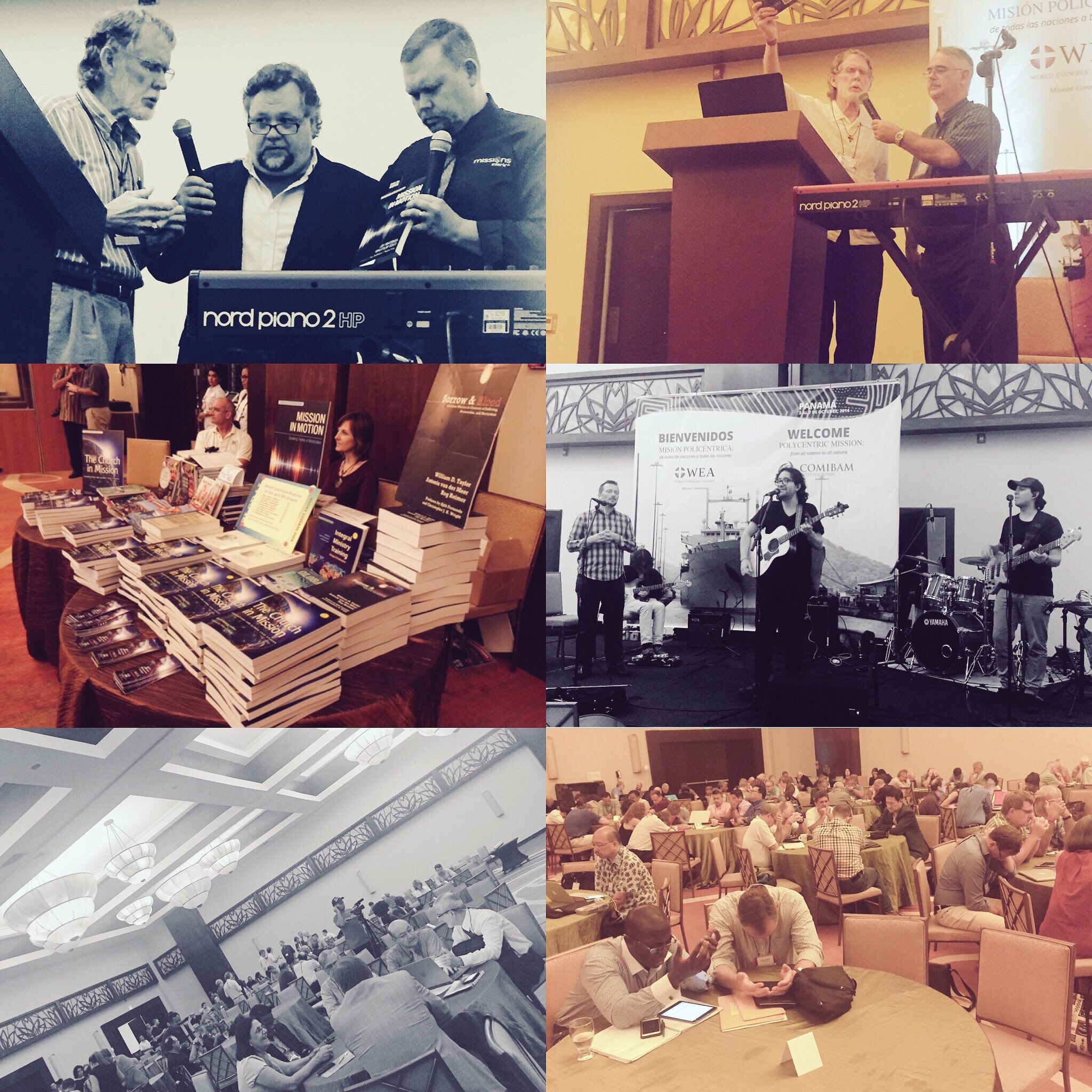 Approximately three hundred mission leaders from more than 80 countries participated in the Global Consultation this year, centered around the theme Polycentric Mission: From all nations to all nations.

Polycentrism in mission was discussed and experienced in the kaleidoscope of gatherings and the symphony of voices, acknowledging both global and local realities. Roundtables focused on specific missiological issues and regional conversations looked at the milestones of mission history and possible ways forward in unity and cooperation.

The presentations of the speakers can be accessed via the following link: http://weamc.knack.com/crm#information/.

The Mission Commission also celebrated the appointment of Rev. David Ruíz as the new Executive Director of the MC, taking office from January 2017 from Dr. Bertil Ekström, who led the MC from 2006-2016.  MC senior mentor, Dr. Bill Taylor, stated, “This event celebrates the MC’s commitment to polycentric mission. David Ruíz is a tested global leader whose mission arena began in Guatemala, then covered all of Latin America and now moves worldwide.”

The consultation recognized the significance of the centennial commemorations of the Panama Mission Conference, held in Panama in 1916. It also acknowledged the gift to the evangelical community of connecting with parallel, polyphonic conversations underway in other global gatherings of fellow disciples, including the Lausanne Movement, the WCC Commission for World Mission and Evangelism, and other relevant, mission-focused bodies.

The following is an extract from the redaction committee of the Consultation, which included Felipe Byun, Samuel Escobar, Darrell Jackson and Ruth Wall:

“In light of the theme of this Mission Commission consultation, we celebrate the potential revealed by attention to the concept of ‘polycentric mission’. In welcoming the insights of those who have suggested that this could be extended to incorporate closely related concepts, we encourage deeper and ongoing reflection upon the theme. This would include a polyphonic mission conversation, poly-directional mission, poly-generational, cruci-centric or Christo-centric mission, and unity in mission.

Taken together with the notions of polycentric mission and ‘mission from all everywhere to everywhere’, these closely-related ideas point to the relativising of all centres of influence and power in light of the claims of the cross and of Christ. This extends over all competing loyalties, whether ethnic, cultural, national, political, generational, denominational, or organisational, and offers a re-centring of a united polyphonic missional conversation.”

About the WEA Mission Commission