Tani and his wife Modupe started a house group in Liverpool in 1980, having moved there from Nigeria the year before. The house group was the foundation on which they formed Love & Joy Ministries Association of Charities, which includes Temple of Praise congregations.

He is also a director of Together for the Harvest – an Evangelical Alliance local evangelical fellowship (LEF) made up of evangelical churches in the Merseyside region. Tani is also ecumenical canon at Liverpool Anglican Cathedral.

Tani has become more involved with the work of the Evangelical Alliance over the years, having been a member of the Council since 2008 and then joined the board in September 2014 and being part of the Alliance's One People Commission – a body of key national church leaders from across ethnic minorities.

"There are so many things I love about the Alliance," Tani said. "Its strong drive for unity among evangelicals and the extent of the Alliance's advocacy work is impressive. It's remarkable that the 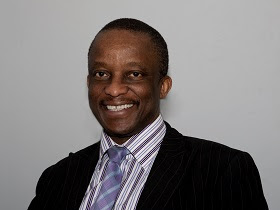 Alliance has been able to retain its relevance and value for 170 years."

Tani will bring to the role more than 30 years of overseeing congregations that include Africans, Europeans and Asians not only in the UK, but in other nations.

"I see this very much as a God appointment. As the first non-white person to take on the role, there will be perspectives I hope to bring to carrying out this awesome task. I'm also looking forward to working more closely with general director Steve Clifford, for whom I have the greatest respect. His leadership of the Alliance has been inspirational and mould-breaking."

Speaking about the OPC, Tani added: "It's been my dream for many years to be part of a national Church that is not referenced by the skin colour of those that worship in it, but rather by their love for Jesus Christ, our saviour. Thanks to the Alliance, it is fast becoming a reality. In the OPC, you see just that. I see it as a vision of what churches all over the UK will look like in the next 10-20 years."

Rev Mike Talbot ended his tenure as chair of the Alliance board this month after eight years in post. With almost 30 years of ministry experience, he was the vicar of Emmanuel Church in Northwood for 14 years until his recent appointment as God for All evangelism enabler for the Diocese of Carlisle.

Speaking about his time as the Alliance board chair, Mike said: "It has been a privilege to serve as chair of the Board over the last eight years, and to see how God has been using the Alliance to strengthen and encourage the witness and impact of the Church across our nations. As I step back, with deep gratitude to God and to the team at the Alliance for all they are doing, I am delighted to hand on the chair to Tani, who is a wise, godly, experienced church leader, and well-placed to ensure that the work continues to flourish even more fruitfully in the years that lie ahead.

Alliance general director Steve Clifford said: "Mike Talbot has been an amazing gift to the Evangelical Alliance: a strong and committed chair of board, as well as a personal friend and wise counsellor. After several years in the role, we will be sad to see him go, but we are convinced God has put Tani in position for such a time as this.

"The face of the UK Church is changing, as we become an increasingly multicultural society, and at the Alliance we are passionate about reflecting that diversity in all its vibrancy. As well as Tani bringing a different cultural perspective, he also brings with him 30 years of experience in church and charity leadership. He symbolises a commitment to unity for mission and a passion for seeing local areas flourish. He's absolutely the right person for the job and I'm looking forward to working with him more closely."

Tani was born in Lagos Nigeria, came to the UK in 1979 to study Chemical Engineering at Aston University in Birmingham and later obtained a doctorate at the University of Salford.  He and his wife Modupe started a house group in Liverpool in 1980, the foundation of what is now Love & Joy Ministries Association of Charities which includes Temple of Praise congregations, Liverpool Lighthouse Ltd, Harmonize Academy, an AP Free School and Bright Park, a 5-acre wooded land currently being redeveloped as a valuable community resource.   LJM's work now extends to other UK cities, Uganda, Gambia, Ireland, South Africa, Pakistan and Myanmar where it supports churches and ministries.

As chair of Trustees and Senior Pastor for Temple of Praise congregations, he works closely with his wife Modupe who acts as Rector and CEO for the Association and Chair of Governors for the school.  The Association's transformational work through Liverpool Lighthouse regularly engages with thousands of vulnerable people every year, providing housing, education, training and jobs and improving health, all these contributing to improving community cohesion, safety and wellbeing of communities.

Coming from a musical Christian family, Tani's passion invariably includes music.  He has written or co-written over 150 worship and gospel songs, a number of which have been performed by his choir on BBC and other national radio and TV networks.  He is an adviser to GMIA (the Gospel Music Industry Alliance).

Tani is a director of Together for the Harvest, a local network of Evangelical churches in the Merseyside region, and represents the region on the national council of the Evangelical Alliance for England & Wales, currently serving on its 'One People Commission'.  He was invited to join the EA board as a director in September 2014 and becomes the chair from March 2016.  He is currently an Ecumenical Canon of the Liverpool Anglican Cathedral and a Fellow of the Royal Society for Arts (RSA) in recognition of the community transformational work he has pioneered in Anfield, Liverpool.

Tani and Modupe have three beautiful daughters of their own, other children and a grandson.