On Thursday, August 14, the World Evangelical Alliance (WEA) hosted a public prayer event on the current crisis in the Middle East. Christian leaders from the Holy Land were invited to New York to lead the prayer service by sharing reflections and each offering a prayer for Israel, Palestine and other Middle Eastern countries including Iraq.

“As our concern for the current crisis and future of the Middle East continues in evangelical circles, it is important to stay grounded in the centrality of Christ as the ‘Prince of Peace’ and the only lasting hope for all the world,” said Mrs. Deborah Fikes who serves as Executive Advisor to the WEA and initiated the delegation’s visit to the United States.

“Our brothers and sisters in Christ who have lived in the Middle East, and are still daily observers there, reminded us of these important truths and have asked us to continue to pray that Jesus will be lifted up and recognized as the answer to the challenges being faced in the Holy Land,” she added.

Rev Gabriel Salguero, President of the National Latino Evangelical Coalition and senior pastor of the Lamb’s church in New York, opened the service by reading from the Gospel of Matthew, where Jesus blesses those who are peacemakers and says that ‘they will be called sons of God’. And he continues and blesses those who are persecuted and says ‘theirs is the Kingdom of Heaven.’

Rev. Charles Kopp then led the first prayer time by reflecting on the background and purpose of Israel as a nation, as at times people might have stereotypes about either side of the conflict in the Holy Land.

He touched on the subject of Jews as the “chosen” ones and how evangelicals have different views on God’s purpose for them today. Specifically, he spoke about the importance of recognizing that their calling has always been to serve. And they have fulfilled that role in many ways by preserving Scripture, giving us the prophets and eventually the anointed Messiah.

Rev. Dr. Munir Kakish spoke specifically on the situation in Gaza and Iraq emphasizing God’s call for believers to be peacemakers: “We must be peace promoters and be bridges of peace in matters that others would advocate war. We must hear the cries of children, women and men, the thousands of people slaughtered in Gaza, the death of the Israeli soldiers, the refugees in Mosul who were forced out of their homes with nothing, the Yadzidi who fled in fear to the mountains… Not only do we need to achieve peace, we need to achieve forgiveness.”

The third prayer time focused on the situation in the Middle East as a region, where Rev. Harry Tees said: “We ought to be bridges and a bridge is there to walk over. As followers of Christ we are taught by our Lord to heal the wounded and nourish the crowds. We are also summoned to be led by His Spirit of comfort and heal. The good news is that God has placed us in the Middle East for that purpose, that we are a blessing. We need prayer that we can stand and be faithful to that mandate.”

The WEA encourages Christians to continue to pray for the situation in the Holy Land, for the persecuted Christians in Iraq, and for the Middle East as a region. 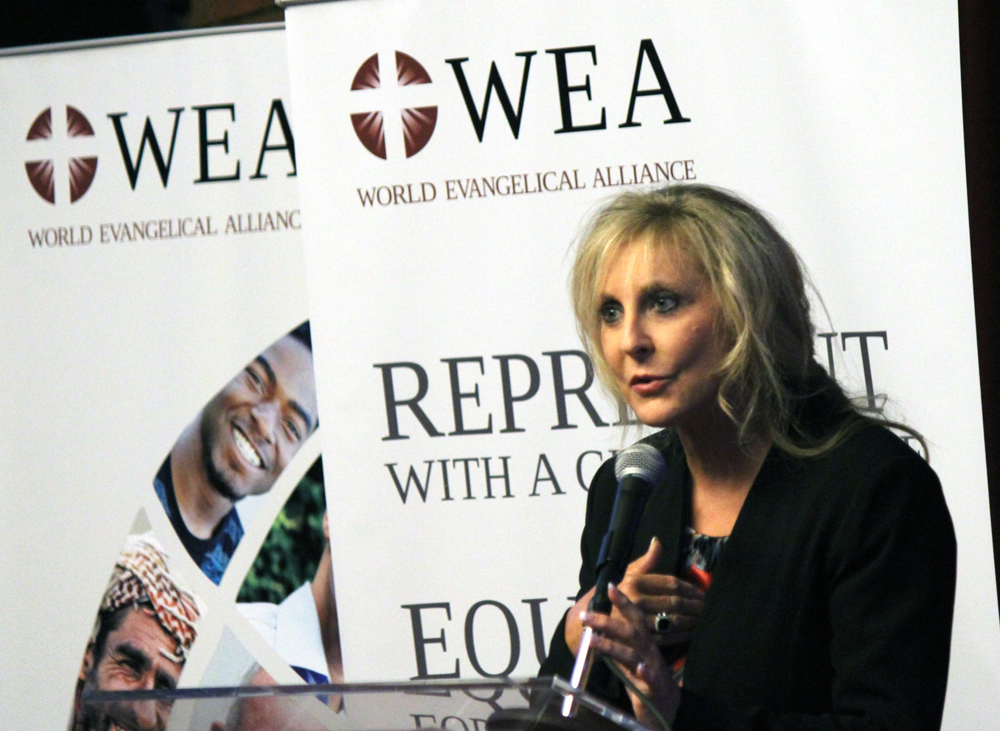 Mrs. Deborah Fikes, Executive Advisor to the WEA, giving opening remarks at the WEA prayer service for the Middle East. 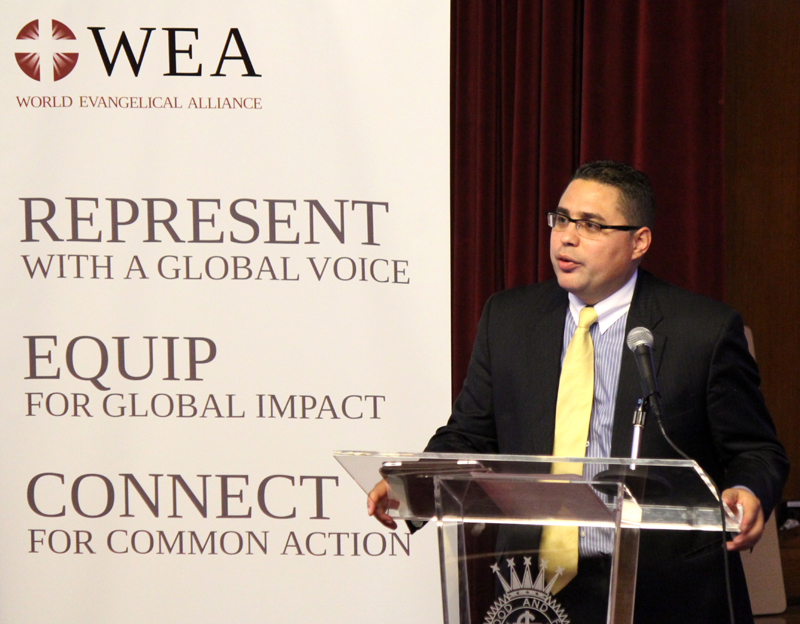 Rev. Gabriel Salguero, President of the National Latino Evangelical Coalition and senior pastor of the Lamb’s church in New York, reads Scripture from the Gospel of Matthew. 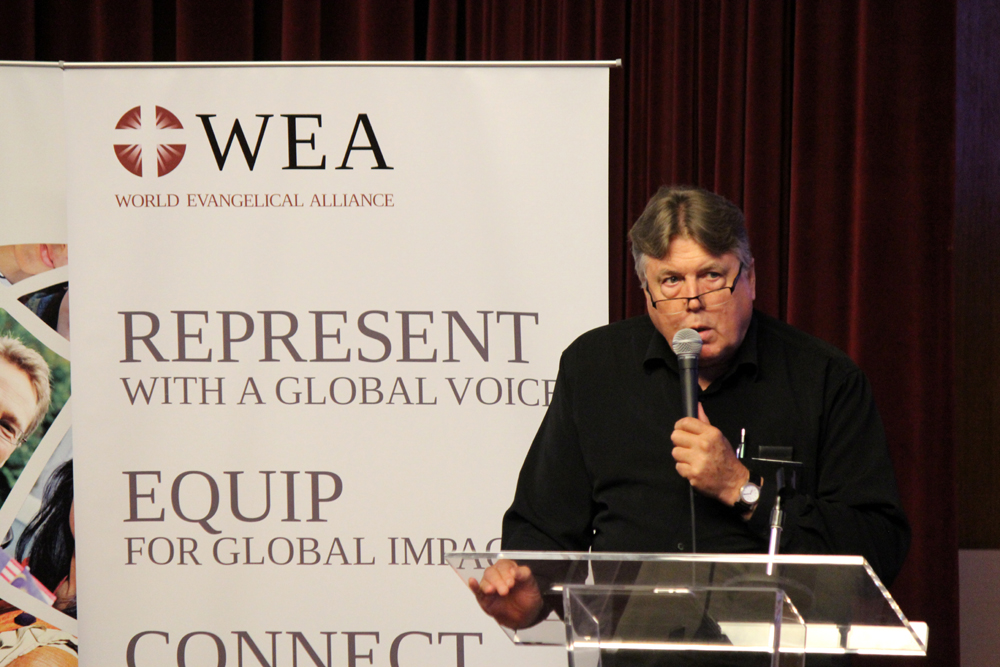 Rev. Charles Kopp, Chairman of the Evangelical Alliance of Israel, speaks about breaking stereotypes related to Israel and Palestine. 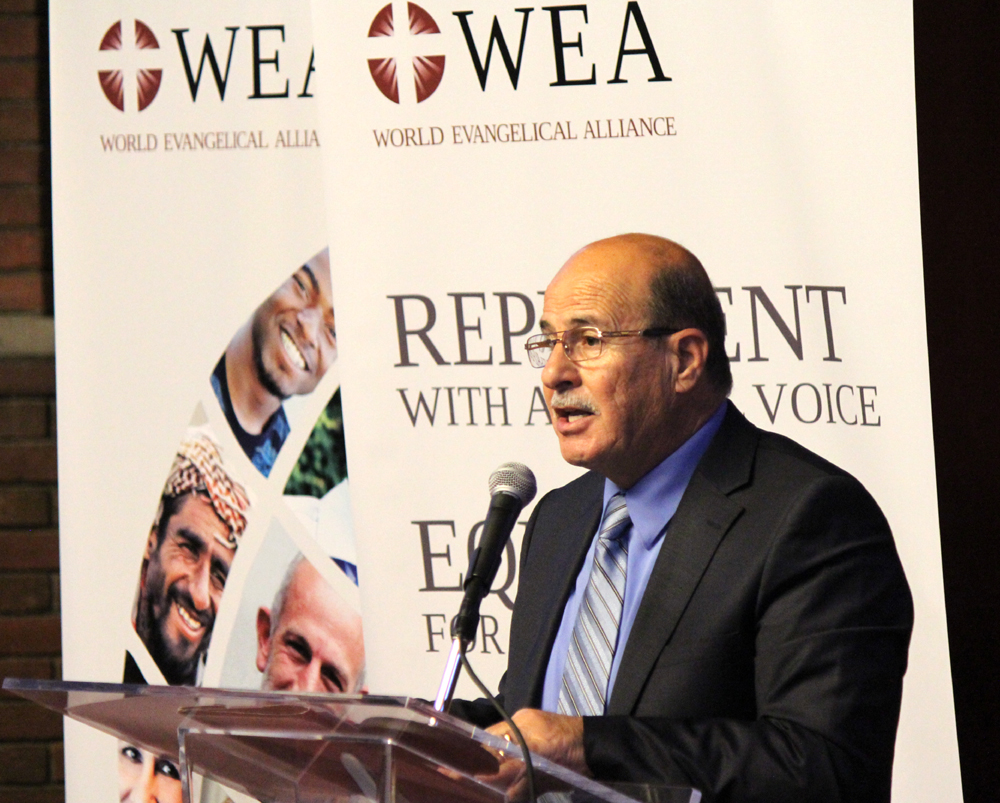 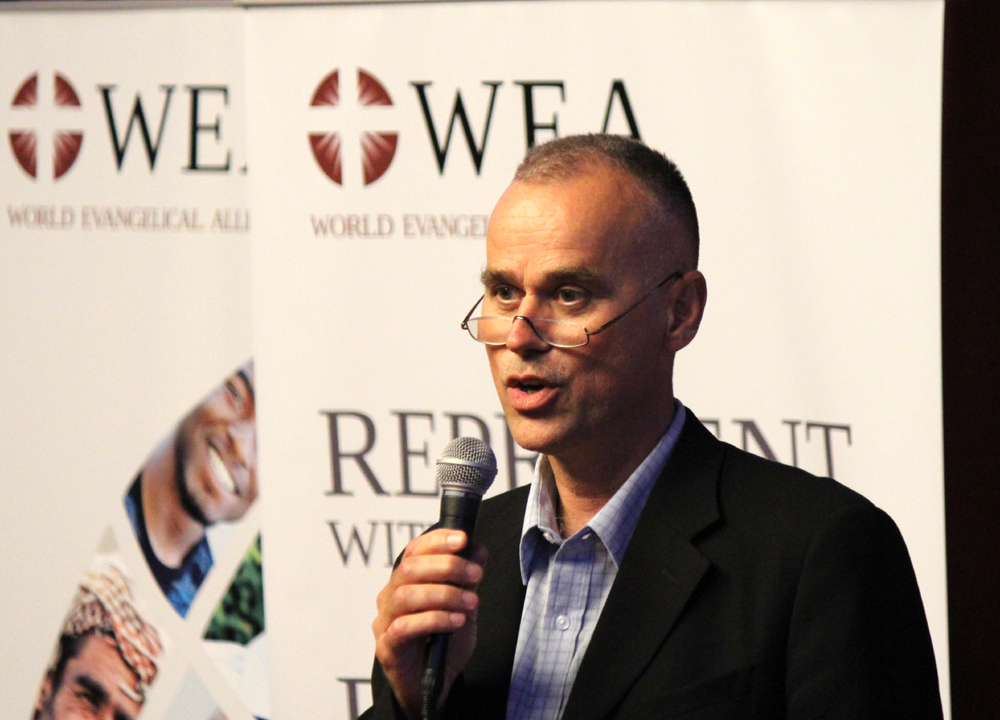 Rev. Harry Tees, WEA's Ambassador to the Holy Land, asks for continued prayer for Christians in the Middle East to stand firm and be a blessing in the region.