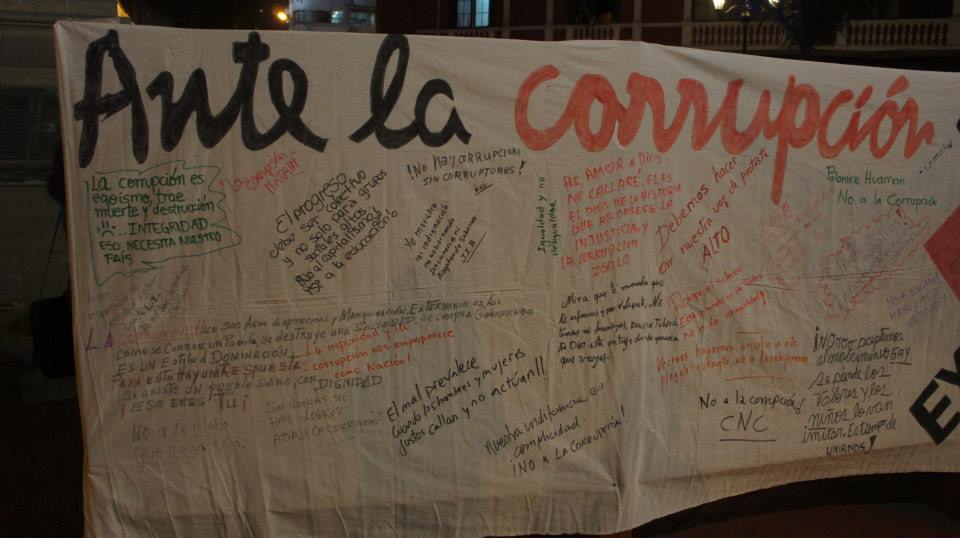 Event organisers used some clever messaging. In the Philippines, where vigils were held in every major city, a roast pig was displayed, to highlight and respond to the ‘pork barrel’ scam allegedly involving billions of pesos – tax payers’ money which has been lost to massive corruption in major branches of the government.

Cats were involved in an event in Peru where the aim was to expose and catch the ‘rats’ in the corrupt justice system.  Women trained by a local group – Paz y Esperanza – visited the law courts building to publicise corrupt procedures in abuse cases which saw influential men go free. Three judges lost their jobs as a result of the women's actions.