The executive chair of the Theological Commission of the World Evangelical Alliance, Dr. Thomas Schirrmacher, was the only Protestant spokesperson at the recent discussion at the Vatican among high-ranking church leaders, politicians, and experts, invited by the Dignitatis Humanae Institute (DHI).

The theme was the increasing pressure against people representing Christian ethics in various states of the western world, especially in matters relating to the beginning and end of life and to questions of sexual ethics. Dr. Schirrmacher was accompanied by Professor Thomas K. Johnson, who advises the Theological Commission regarding questions of human rights.

There were six Cardinals, five representatives of Papal Councils, 15 Cabinet Ministers or Members of Parliament, and ten academic experts at the meetings, which took place at Casina Pio IV, home of the Pontifical Academy of Social Sciences in the Vatican Garden.

The honorary president of DHI, Cardinal Renato Raffaele Martino, who previously spent 16 years as the Vatican Ambassador to the United Nations, gave the opening speech for the meetings. He emphasized that all convinced Christians of all confessions must jointly fight on behalf of the conviction that human dignity and human rights are not vague generalities that mean one thing today and something else tomorrow, but that human dignity, according to the Christian origin of the concept, includes the protection of life from conception to death.

In the concluding speech, Cardinal Raymond Leo Burke, Prefect of the Supreme Tribunal of the Apostolic Signature, thanked the politicians, activists, and scholars whose efforts are protecting and exalting the right to life and the God-given institutions of marriage and family. 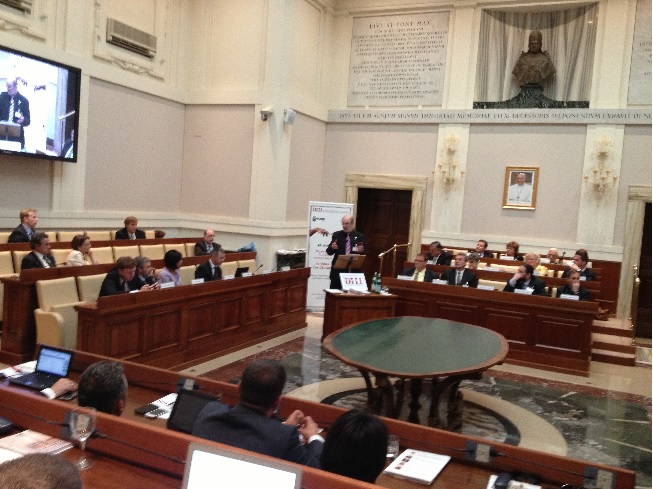 In his speech Dr. Schirrmacher pointed out that in the Revelation of John, Christians were persecuted because “they obey God’s commandments and remain faithful to Jesus.” (Rev. 14:12) The unexpected order of themes shows that it is not being a Christian in itself that is under attack, but rather the ethics of Christians is the point at which the attack comes.

Accordingly, in Europe and the western world, worship services and similar meetings are almost always protected. This all changes when Christians want to practice their ethics and do what they perceive to be right and proper, especially when it relates to issues that are partly political. Then they can expect attacks in the media, social discrimination, and even legal pressure. Of course, real freedom of religion not only includes worship and prayer in their church buildings. It always includes the freedom to present their deepest moral convictions in the public square and to lead their lives on the moral basis of their convictions on the legal basis of freedom of conscience.

The president of DHI, Italian Luca Volonté, who is also Chairman of the European Peoples Parties in the Parliamentary Assembly of the Council of Europe, requested closer collaboration with evangelical experts, saying Catholics and Evangelicals simply have too many convictions in common in the questions of the right to life and engagement against the persecution of Christians for them to work without each other.

Dr. Johnson said the reason he attended the meeting as a representative of the World Evangelical Alliance was to promote high-level cooperation and communication between evangelicals and Roman Catholics on questions of human rights and human dignity, which is possible regardless of significant theological differences.