By Johannes Reimer and Adeel Rehmat

One-third of the country is underwater, following an intense heatwave and a long monsoon that has dumped a record amount of rain. Gushing Floods flowed with bullet speed swept through houses, community infrastructures, suspension of train services, damaged road infrastructure, inundated public amenities, snatched the livelihood of millions and caused social risks for the rural and urban settlements. The world is challenged with the next apocalyptic event. We Evangelicals must respond. While Pakistan produces around 0.43% of the world’s carbon emissions, it has taken on losses much higher than its share. It is ranked among the top 10 most vulnerable countries to the effects of climate change. There is an imminent fear of serious food shortages where Pakistan has already begun importing vegetables from neighboring countries in the wake of a period of inflation and rising food prices.

The low-lying regions of Pakistan, which majorly include Sindh and Baluchistan, are the most affected by the raging monsoon floods. Mountainous regions of Khyber Pakhtunkhwa have also been badly affected. The extent of the damage has been unfathomable and state ministers have expressed their surprise saying rainfall has been of ‘biblical proportions’. A snapshot from UNOCHA tells us that almost 950,000 houses have been destroyed and more than 33 million people are estimated to be displaced. A big challenge appears in real time to Pakistan. Inflation in Pakistan is at its all-time high at 27%. At least 380 children are among the dead and it is estimated that 73,000 women will deliver babies in the coming month. Government personnel say that it may take around five years to rehabilitate people and try and recover the losses from the floods.

According to the UNOCHA, two thousand kilometres of road and 98 bridges were damaged or destroyed over the past week, for a total of over 5,000 km and 243 bridges damaged or destroyed in the last 2.5 months. Most of this increase was incurred in KP, which reported nearly 1,600 km of damaged and destroyed roads as of 1 September, compared to just 7 km a week ago. Railways have also been affected. Destroyed railway bridges, submerged tracks and landslides have disrupted routes connecting Balochistan, Sindh and Punjab, including stretches between Quetta and Taftan; between Quetta and Habibkot via Sibbi; between Hyderabad and Multan via Rohri; and between Kotri to Dadu via Lakhi Shah.

More reports from UNOCHA describe that The Pakistan Meteorological Department (PMD) indicates that high flood risks remain along the stretch of the Indus River between Taunsa in Punjab and Kotri in Sindh, while satellite detected water extents mapped by the United Nations Satellite Center (UNOSAT) indicate preliminarily that of 793,000 km2 of lands in Pakistan analysed between 1 and 29 August, around 75,000 km2 appear to be affected by floodwaters, including some 48,530 km2 that appear to be croplands. Initial estimates on the ground suggest that at least 3.6 million acres of crops/orchards across the country have already been affected, including over 35,500 acres in KP, 304,000 acres in Baluchistan, 438,000 acres in Punjab and 2.85 million acres in Sindh. The livestock sector has also experienced severe losses, with over 733,000 livestock reportedly killed as of 1 September – 68 per cent in Baluchistan and 28 per cent in Punjab. Preliminary information indicates major damage to water, sanitation and hygiene (WASH) infrastructure. Initial estimates are that some 20 per cent of water systems are damaged in KP, around 30 per cent in Baluchistan, and up to 50 per cent in the hardest hit areas of Sindh and Punjab. In Baluchistan’s Lasbela district, 19 water systems have reportedly been damaged due to floods. The extent of reported damages across flood-affected areas requires further verification. Access to safe drinking water is a significant concern, and communities are increasingly resorting to open defecation, heightening the risk of water and sanitation-related diseases. Cases of diarrhea and water-borne diseases, respiratory infection, and skin diseases have already been reported.

2. Where does the flood come from?

Floods 2022 poses an unprecedented bad situation turning the Monsoon Season into a Climate Injustice. Scientists say several factors have contributed to the extreme event like prolonged heat waves from 40-degree C to 51-degree C which caused the melting of glaciers, a depression, or a system of low air pressure, in the Arabian sea which brought heavy rains to Pakistan. According to the Ministry of Climate Change, Pakistan has received 87% more rain this monsoon and the La-Nina condition of monsoon will continue until September 2022, and will cause more rains. It’s a high time that PAKISTANI NATION should come up strongly and jointly to voice this Climate Injustice to save generations. The torrential rainfall this season in Pakistan and its consequences have termed this as the ‘monster monsoon’ or a ‘monsoon on steroids’. The effects of the monsoon have been nothing but alarming and are expected to continue at exponential levels. To add to the plight there will be very dire recovery, post-recovery, rehabilitation and reconstruction needs. Satellite images and maps show images of extensive damage and destruction. The landscape in Pakistan is an important factor worthy to be understood. The floods were caused by heavier than usual monsoon rains and melting glaciers that followed a severe heat wave. This is very strongly related to climate change and mitigation measures which have largely been ineffective. This is the deadliest flood since the 2017 South Asian floods. Pakistan declared a national emergency with one-third of the country underwater.

The intense heat also melted glaciers in the northern mountainous regions, increasing the amount of water flowing into tributaries that eventually make their way into the Indus river, says Athar Hussain, a climate scientist at COMSATS University Islamabad. The Indus is Pakistan’s largest river, and runs the length of the country from north to south, feeding towns, cities and large swathes of agricultural land along the way. It isn’t clear exactly how much excess glacial melt has flowed into rivers this year, but Hashmi visited some high-altitude glaciated regions in July and noticed high flows and muddy water in the Hunza River, which feeds into the Indus. He says the mud suggests that there has been rapid melting, because fast water picks up sediment as it moves downstream. Several glacial lakes have burst through the dams of ice that normally restrain them, releasing a dangerous rush of water. The heatwaves also coincided with another extraordinary event — a depression, or a system of intense low air pressure, in the Arabian Sea, which brought heavy rain to Pakistan’s coastal provinces as early as June. “We rarely have large-scale depression systems arriving there. These unusual features were then exacerbated by the early arrival of the monsoon on 30 June, which “was wetter generally over a larger region for a very prolonged period of time”, says Andrew King, a climate scientist at the University of Melbourne, Australia.

Some weather agencies have also predicted that the ongoing La Niña climate event — a phenomenon that is typically associated with stronger monsoon conditions in India and Pakistan — will continue until the end of the year. “It’s not a super strong link, but it probably is playing a role in enhancing the rainfall. ” Human-induced global warming could also be intensifying downpours. Climate models suggest that a warmer world will contribute to more frequent and more intense rainfall, says Hussain. Between 1952 and 2009, temperatures in Pakistan rose by 0.3 °C per decade — higher than the global average. Researchers and public officials also say that other factors have probably added to the devastation, including an ineffective early-warning system for floods, poor disaster management, political instability and unregulated urban development. A lack of drainage and storage infrastructure, as well as the large number of people living in flood zones, are also implicated.

3. The people of Pakistan need our help.

Christians all over the world need to become aware of how much the suffering people of Pakistan need our assistance now. Our brothers and sisters in Christ in Pakistan have started their humanitarian response the day the flood hit the country. An impressive example of their engagement is the Evangelical Pak Mission Society (PMS). Immediately after the disaster broke out PMS launched a HUMANITARIAN ACTION Programme in awake of the growing Climate Injustice and to address this issue systematically and coherently through the so called 3R mechanism (Response, Recovery, Rehabilitation) coupled with Advocacy Strategies to highlight the voices of Pakistan to save people and planet. PMS Response teams are on ground to respond and till date; provided emergency relief to 4,210 Households of District Lasbela-Baluchistan, District Rajanpur-South Punjab, District Larkana-Sindh, District Badin-Sindh, District Sanghar-Sindh. The specific details of the PMS focus areas are as follows: Emergency Response and Rehabilitation is the priority for the above mentioned areas. Both community based, civil society and public institutions will have to combine efforts in a more coordinate way post disaster relief and recovery to ensure that there is adequate and fair outreach in all affected areas reaching out to the most vulnerable with facilities that have been washed away. While provision of facilities is the core principle, accountability has to be a guiding value in which organizations, institutions both public and private hold themselves accountable in their fundraising and outreach.

PMS has set the goal to bring life back to at least 20.000 households in the districts they already work. Their teams construct living facilities, organize food and fresh water and restructure community for a joint action towards future. It is obvious that this and other similar Evangelical mission ventures will need the assistance of the world Christian and especially Evangelical community. Millions of people suffer, and millions of funds will be needed to restore life for them. Join the Pakistani Christians in their mission to save the country. 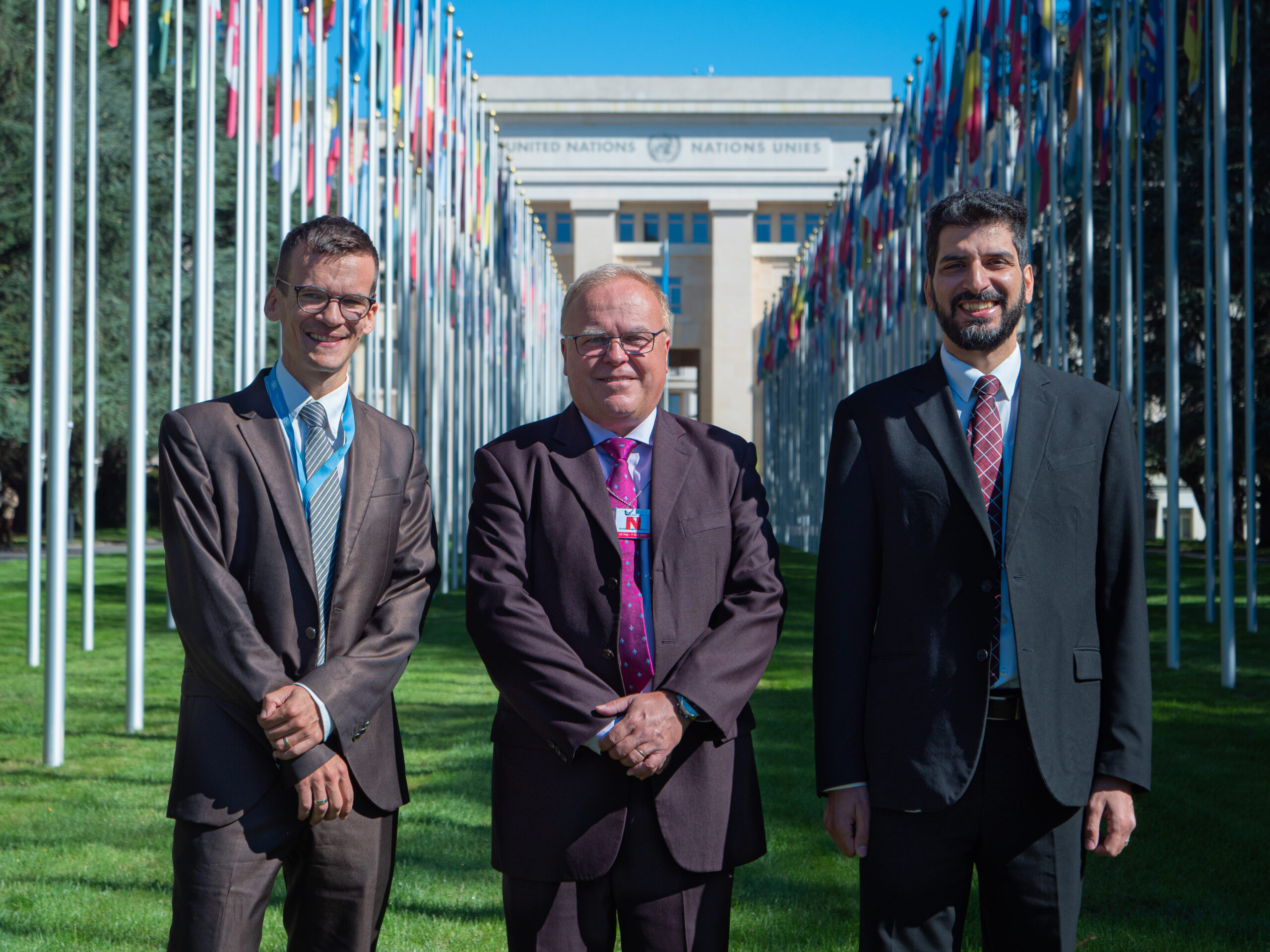